While much of the country is self-isolating and making essential journeys only, anecdotal evidence has indicated there’s a lot less motor vehicle traffic on the road – arguably making cyclists more noticeable.

It turns out the official statistics (reported by the Guardian) bear those impressions out. Yesterday’s Transport Committee meeting noted that road traffic levels are down a whopping 71% – with an even greater reduction (83%) on the ‘strategic road network’ eg motorways.

As the same news outlet notes, traffic levels in Britain are akin to those seen in the 1950s, when Brits on average cycled over 350km per year (it’s less than a third of that total in the 21st Century).

The coronavirus-related fall in traffic in 2020 has not seen a resultant rise in cycle traffic, unfortunately for the cycling industry. Cycling levels have dropped by around three quarters.

In urban areas, cycling numbers fell more slowly than those for pedestrians, according to data from Vivacity, due in part to many cyclists arriving in cities on public transport. 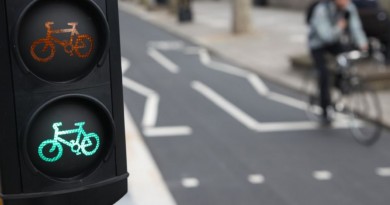