Amer Sports, the parent to ENVE and Mavic, saw cycling division sales total $134.3 million Euros in 2017, a 10% decline on the prior year’s performance.

Overall sales across all of Amer’s business increase by 4%, though Amer’s latest financials suggested that OEM business for the cycling brands had softened in tandem with the knock on effects of high industry inventories resulting in slowed uptake.

Late in 2017 the firm pointed to a fast decreasing number of retail accounts in the U.S. market as potentially problematic, before detailing planned restructuring to prepare for an advance of consumer direct business.

“There is too much retail space in the USA. In addition, the stores that have been left behind have been unable to keep pace with the changes in consumer purchasing behavior. The strong brick-and-mortar players have built e-commerce stores, enabling them to take a sufficient share of the online consumer purchases and remain strong,” said CEO Heikki Takala in declaring a “max speed” push on developing omni-channel strategy.

At the end of 2017, Amer Sports had 288 (287) branded retail stores. Half of the stores are operated by local, independent partners. 80% of the stores are full price, 20% are outlets. During the year, 21 new stores were opened and there were also six re-fits to a new format. There were also 20 closures, both own and partner, where stores were at the end of contract or in less strategic areas. Geographically, the retail store footprint is balanced, with approximately one third in each of Europe, Asia Pacific and the Americas.

In the latest statement Takala said: “We finished 2017 with a strong fourth quarter, driven again by our strategic acceleration priorities Softgoods, Direct to Consumer, and China. We continued to accelerate growth in Fitness and Sports Equipment. We also continued to make Winter Sports Equipment stronger, with solid growth and improving profitability. At the same time, in a turbulent market, we did have challenges to drive target growth, especially in Ball Sports and Cycling, and work remains to re-ignite them.” 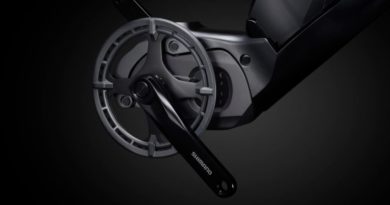