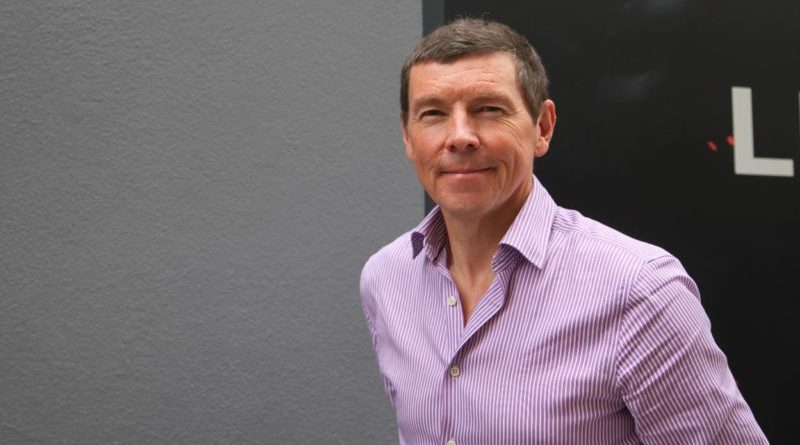 We’ll assume that the headline caught your eye and certainly when it was put to us as a possibility by Free2Cycle CEO Eric G Craig, it caught our ear. Here he explains how, having secured A-list brand support, his company may be about to turn the cycle to work market on its head…

Landing in our inbox during May was an eye-catching press release. To the untrained eye nothing in particular stood out about the content, other than the reference to ‘bikes you should never have to pay for’, something we’ve introduced before in prior assessments of the cycle to work landscape. No, it was a subtle yet rarely seen detail that jumped out. Anyone who’s worked in the bike business for long enough will know it’s unusual to see reference to almost every A-list brand in a single paragraph within third-party PR; in short, it has to take something special for top tier brands to throw their weight behind any one thing. For them to all seemingly take notice at once suggests a plan is in motion.

“The method of riders using their bike to pay for it is genius, and the benefits for both the rider and our society will quickly follow,” said Nigel Roberts, Trek UK’s General Manager within the PR announcement.

Pay by riding? That concept may sound vaguely familiar to anyone who has, for example, earned a free smart watch by completing a pre-determined amount of steps in a day. This, for companies like Vitality, is a scientific method to reduce the risk against health complications and make insurance a safer and more widely taken up bet. A customer not hitting targets? No free watch and higher premiums.

“It’s all about new bums on bikes and about rewarding wellbeing. 90% of the population don’t ride on a regular basis and perhaps won’t ride, or certainly haven’t been encouraged to so far. Bold action is required to engage not only those who currently cycle but most importantly those that could but currently don’t,” states Eric G Craig, one of the directors at Free2Cycle. “My background is strategic change within the financial services and technology market; this was the springboard for insurance and a radically different approach to the way we engage people that takes advantage of behavioural psychology, technology and an entirely different business model. In the instance of Free2Cycle, we remove the cost from the equation and shift the focus onto mileage as your currency. The best bit? Brands get to be protective of their bike shop accounts and without starting a price war.”

For the uninitiated, Free2Cycle is one of the cycle to work scheme’s newest players, launched only in 2017. The similarities to others in the market don’t run too deep, however. The cyclist logs on, identifies their planned mileage per week, which then translates into a price tag. Once that calculation is complete, bikes from the likes of Trek, Giant, Specialized, Genesis and a handful of others are brought on screen within the agreed budget. The user can of course upgrade with their own cash, but the general premise is to pay for the bike entirely through a commitment to improving the overall health of the rider through exercise. Free2Cycle partners with sponsoring organisations who may be employers, healthcare providers, charities, in short any organisation that want to improve health, wellbeing and our environment. Organisations benefit from measurable carbon savings and a raft of other business and financial benefits, unlike cycle to work schemes there’s no need to provide loans or fiddle with payroll.

If it’s that simple, why hasn’t this been done before and indeed by the market’s other players, you might ask? “

The answer to that is technology,” says Craig. “We’ve now got the means to track a cyclists’ progress and actually we’re realistic about that progress, allowing a 50% reduction in winter. Our mobile app is able to track the cyclist’s input and, thanks to the calculators on the site, we’re actually able to provide organisations, government or councils with data on their environmental impact by promoting cycling to work. That’s a big check box for modern companies; of the UN’s 17 sustainability goals we tick ten of them with Free2Cycle.” 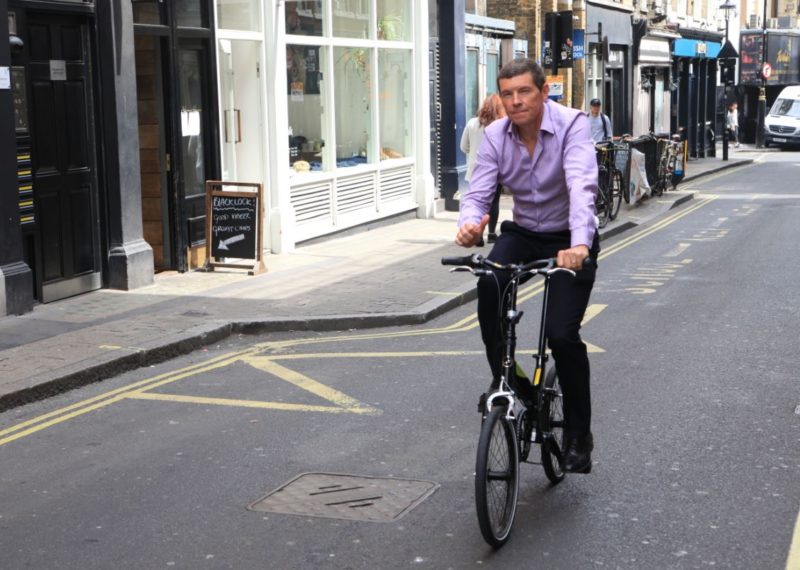 Able to track progress based on output, Free2Cycle’s website has a method not only to calculate CO2 emissions saved, but also to demonstrate health savings in line with scientific research on the links between cycling and health.

Not surprisingly most people see Free2Cycle as another cycle to work, but it’s fundamentally totally different, the only thing in common is the bike. Craig comments,”We are committed to support any organisation that encourages more people to cycle and that includes the current cycle schemes. Our commitment is to transform wellbeing through cycling, it’s that simple. Our approach is, however, radically different; the cycle to work schemes are most advantageous to higher earners with disposable income. To make a real difference we need to engage people of all incomes, equally and remove the cost barrier entirely. We all know that regular cycling is what delivers the benefits, providing those with disposable income with a cheaper way to buy a bike or bike products is good, but it doesn’t really address the need to transform wellbeing effectively, if it did we would already have dramatically more people cycling and less of an obesity crisis.”

Uptake of traditional cycle to work schemes by companies and indeed employees that most drastically needed an overhaul, we’re told. And, like most bike industry businesses, the idea to do just that came about on a ride with a local bike shop.

Craig explains: “A friend of mine in retail said to me on the London to Paris bike ride ‘There’s so many chubby people now, why don’t we just give people bikes and get them to ride them, doctors could prescribe them!’”

Having had a health scare of his own, Craig knew well that cycling had proven a better remedy than his prescriptions in order to get his health back on track. “I ditched my medication,” he says, adding that, “the cost to the NHS for care is great, so investing in prevention is only sensible. I genuinely can see a day when doctors prescribe cycling over drugs.”

Take-up within companies very often proves lacklustre among new cyclists by traditional means and a criticism levelled by the trade has been that the established scheme has been used by many simply to upgrade. The emphasis with Free2Cycle, we’re told, is to capture that new rider. 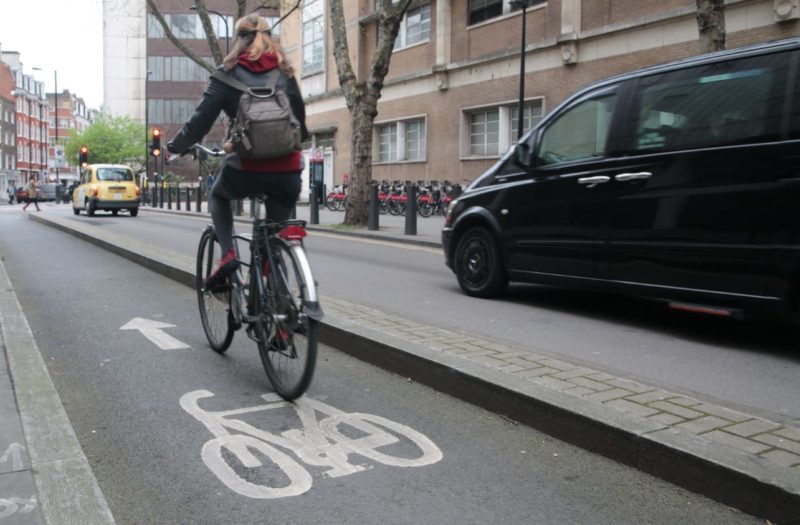 “The last figures I saw from the Cycle to Work Alliance showed sales of around 200,000 bikes annually. Typically, traditional schemes have around a 2% take-up within companies. We estimate an uptake of around 10%, so five-fold the rate, and why not if the bike is free?” He adds that some of the organisations signed up have really got into it with 20% now onboard. “With traction, I genuinely believe our ‘ride it and it pays for itself’ concept will be taken up by five times the number of people; so one million bike sales annually, and all via local bike shops.”

Traction could well be the stumbling block, of course. Despite heavy early investment, marketing remains the greatest hurdle for Free2Cycle. Innovation often takes a while to sink in, while many people are wary of something that is seen as ‘free’. Craig explains that we are just removing money from the equation, people still have to earn their bike by riding it, if they don’t ride it for at least a decent chunk of their pledge-mileage and they may need to make a further monetary contribution.” This carrot and stick approach is part of the behavioural psychology, ‘use it and you don’t pay’, leave it in the shed and you will. Having removed the barrier of funding bikes upfront for organisations or employers makes Free2Cycle far more interesting to the SME market, they will be launching a campaign to promote the concept to what is seen as a “largely untapped” market. Cyclists can nominate their employers who will then be contacted by Free2Cycle’s team.

The Free2Cycle method, says Craig, removes price from the equation and legwork on the payroll for companies. Importantly for readers of this title, this method links the customer with participating brands, who have all pledged to fulfil the order with local stockists.

Craig tells us, “It’s about making good on your commitment to change your health and our collective environment. If a rider doesn’t ride their bike we at Free2Cycle earn nothing. Zero. While we breakeven when someone gets a bike, the majority of the margin is earned by the retailer, our margin comes on the 20p per mile ridden that’s charged to sponsoring organisations, so it’s in our interest to drive the customer to stay committed to their goals. We keep the rider posted on progress, if they fall behind, they may have to make a contribution until they step up their riding. Our aim is to help people make change for good. We provide additional rewards for commuting, redeemable in full at their bike shop to go towards servicing or accessories.

So it’s a win-win for all then, Craig concludes: “The feedback so far from brands – and their participation together with early adopters attests to this – is that this is a genuinely groundbreaking way of doing things. For organisations, they get to make a real difference in the lives of those they sponsor while earning significant, measurable carbon benefits; cyclists get to earn a bike by riding it; and bike retailers earn the majority of the margin they would from a traditional ‘sale’ and increased ongoing income through the reward system, which puts more business back on the high street. Will we double the number of new cyclists in the next four years? I think we could.” 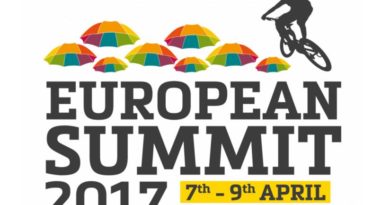 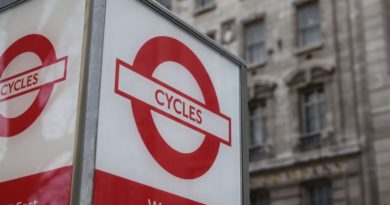 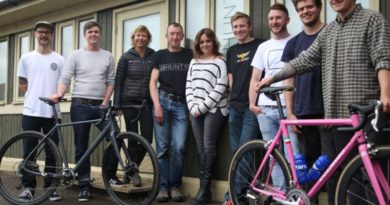