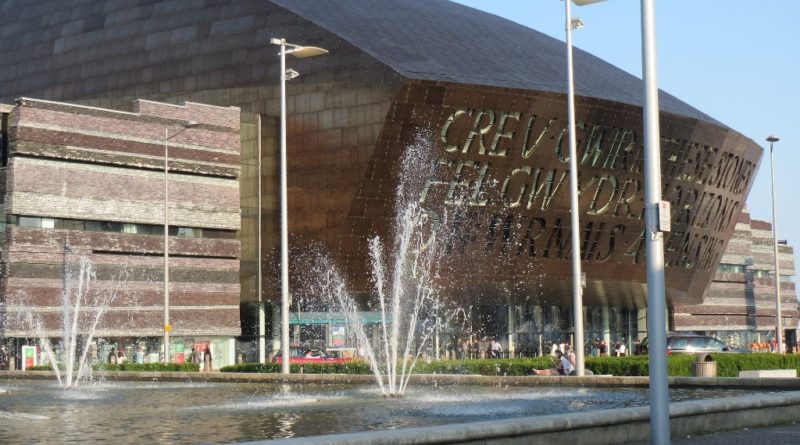 How do you get more people out of their cars and using a bike to get to work, the shops, school or hey, maybe the library? Most cycle advocates argue that infrastructure is critical. There is an argument that covering yourself in hi-vis, lights and helmet will be a panacea for cycling and road safety generally. But what about legislation? Could you draft an act of parliament and then implement it effectively to encourage people to lead more active and healthy lives, i.e. just ride the bike a bit more? Maybe. Look at Wales. Whilst the Welsh Government is hamstrung by lack of funds and the management of devolved power it has real ambition to make Wales a global leader in wellbeing.

That’s not just marketing blurb either. It is the only country in the world to boast a Wellbeing for Future Generations Act – something covered by nations like New Zealand and being campaigned for by Lord John Bird (of the Big Issue). It became law in 2015, but it was preceded by the Active Travel Act Wales in 2013, which swung into action in 2014 and pioneered by Lee Waters AM, now the deputy transport minister. Wales is on a mission to be zero carbon and put the wellbeing – physical and mental – of its population front and centre. It is one of the reasons the county cancelled the multi-million-pound project to reroute the M4 at Newport. It makes the bicycle critical to sustainable transport solutions in Wales.

Or does it? Just how effective is the Active Travel Act? Looking at it from the outside, it feels like a genius idea. And it is. In a nutshell it is all about helping local authorities focus on walking and cycling as a mode of transport. It is about helping people make connections, purposeful journeys, it is not about recreational walking and cycling.

The 22 local authorities in Wales have a duty under the law to provide a schedule of networked cycling routes – in effect they have to map integrated bike routes to help plan further developments and improvements. The first map was done in 2018. The next is due in 2021. The problem is that councils haven’t embarked on ambitious programmes of infrastructure. They have delivered very nice cycle paths, protected lanes and painted lines, but too often it is limited in its ambition.

Ryland Jones, head of built environment for Sustrans Cymru, says: “The Active Travel Act has helped local authorities plan, but the pace of change across Wales is very variable and there is a big difference between the vision and delivery on the ground. We are seeing more schemes, which is great, but they are not always in the right place or ambitious enough. In some respects, a scheme might be as simple as converting a footpath to shared use.”

The underlying problem is a lack of commitment from the councils. That’s a common theme, but it is not necessarily down to a lack of conviction or desire. It is simply that, like local authorities everywhere in the UK, there is a lack of cash and the right people. There are a lot of pieces of law that need to be applied – so many in fact that ideas around active travel are in a queue with other obligations and might not be near the front. But equally, you could argue that if there was the right kind of leadership active travel would be prioritised.

In Wales what we are seeing is small pockets of success in Newport and Swansea and a shining example of best practice in Cardiff. For example, Welsh Government figures show that 6% of people cycled once a week in 2018-19, whereas in Cardiff the numbers of people cycling and commuting by rail has increased, whilst car use has fallen. Compared with the 6% Welsh average, according to Sustrans Bike Life up to 21% of Cardiff residents cycle at least once a week.

Cardiff unveiled its transport white paper, Transport Vision for 2030, on 21 January. It included ideas about congestion charging and more fully segregated highways – they opened the first one earlier in January.

“The difference with Cardiff is that it has real ambition, strong leadership and a plan that goes beyond 12- months,” says Ryland Jones. “They’re recognised that as one of the fastest growing cities in the UK its transport system is geared for 200,000 people. The figures indicate the city’s population might be 400,000 with an extra 150,000 commuters in another decade. They have a plan that aims for 50% private vehicle usage and 50% integrated transport – bikes, walking, trains and buses.”

So, what about everywhere else? Ryland Jones points to Newport – where Sustrans has worked with the council on a street trial at St David’s RC primary school led to an overhaul of the street design – and Swansea. Sustrans is also working well with Pembrokeshire County Council as part of a scheme to link two Pembrokeshire towns with a 17-kilometre route between Narberth and Haverfordwest incorporates traffic-free sections and quiet roads and follows existing highways, tracks, bridleways and public footpaths. Too often, it feels like these successes are pockets of excellence and they are reliant on passionate individuals.

Before Matthew Gilbert became Active Travel lead at Transport for Wales, he was transport policy officer at Bridgend where he led a scheme working with Sustrans in Pencoed which involved the primary and secondary schools and led to car-use reduction of around 26%

“There is good engagement work going on with routes in the right places and Bridgend is a good example of what can be achieved in partnership with schools and Sustrans too. But we’re too often reliant on individual officers. So, yes, there’s been an uneven approach to active travel in Wales,” says Gilbert. “The increase in cycling may not have been as fast as we’d like, but there are improvements. It is though important to put it all in context, after all we are trying to reverse 50- years’ worth of cultural behaviours. The act puts the onus on the councils, but they are balancing competing statutory obligations with limited resources due to austerity measures. There’s a desire to encourage a more consistent approach from the decision makers in local government across Wales and take a longer point of view, but it is not going to be a quick fix.”

One of the problems is that politics and financial pressures mean that decisions are rarely made with anything like the long-term perspective shown by Cardiff. For example, more money was released by Welsh Government for active travel in November – but it all needs spending by March 2020. That means that some off the shelf schemes that are ready to go might get the green light, but there is a risk that schemes will not have sufficient vision and will not connect people properly to allow for more bike trips to be included as purposeful journeys. Which means they won’t go far enough to drive a big surge in cycling stats.

Matthew Gilbert remains optimistic. The Active Travel Act has a big role to play in the ambitions of Wales. It sits in the middle of decarbonisation targets, programmes like Health Weight, Healthy Wales. It is in fact, critical to achieving the Welsh Government’s wellbeing targets.

“We’ll get there, but it will take time. Meanwhile, people can learn from what’s going on in Cardiff,” says Gilbert.

So, why is Cardiff doing things better than other places in Wales? Critics will say it is because Cardiff is the capital, the biggest city in Wales and its economic centre. All of which helps. But there’s more to it than that.

“You have to look at the bigger picture here,” says Caro Wild, Cardiff councilor and lead on strategic travel planning. “We are a university city, it’s quite green and flat and it’s dense, but not too large that you can’t cycle to where you want. What’s more, there is a cycling campaign group comparable to that in London – which a small group of us set up in my kitchen five years’ ago and that still holds my feet to the fire even now.”

Aside from the economic and development pressures that make an integrated transport policy with bikes at its centre, Bike Life data from 2017 indicate that Caro Wild and his council leader, Huw Thomas, are pushing at an open door. According to Sustrans 71% of residents say Cardiff would be a better place to live and work if more people cycled. 79% of people would like to see more money spent on cycling, 70% of people would find protected roadside cycle lanes very useful to help them cycle more and 79% of residents support building more protected roadside cycle lanes, even when this could mean less space for other road traffic.

“We want to be the best cycling city in the UK,” says Caro Wild. “We want to see school street closures if possible, but less cars at school gates generally. We want to use active travel and bikes particularly to help the poor and vulnerable – because these people often don’t have access to a car and bikes can really help them. It’s not just about stats, it’s about changing people’s lives.”

Cardiff is starting to be radical about cycling. It’s looking to challenge driving behaviours, change on street parking and this all comes from the top down. So, have their plans been made easier by the Active Travel Act or not?

“It has helped in lots of little ways, particularly giving strength to decision making and it has made the promotion of cycling and walking part of a wider movement. But our success has been due to a wider movement of people choosing to live better lives and improve their city,” says Caro Wild.

“What’s missing is a holistic view of what active travel can do for a place,” says Ryland Jones of Sustrans. “Things are changing, but it is slow, and we need more leadership from the local authorities. That’s not always easy for them, but if the benefits to the economy can be understood better maybe they would get behind it more.”

Maybe it is too early to say if the Active Travel Act in Wales is having an impact. Certainly, the figures for cycling in Wales of 6% are flat and don’t indicate any real progress in five years. You can sense real ambition, but also frustration. But the detail of the Act is being tweaked: Sustrans and other transport experts have helped strengthen the design guidance for local authorities. What’s more, the commitment from Welsh Government transport minister, Ken Skates and his deputy, Lee Waters is very real. It is going to happen – maybe in five or ten years will see the change hoped for.

Watch this space to see if the rest of the UK can learn from what Wales is trying to deliver. Meanwhile, it is worth seeing if Cardiff can compete with the ambitions of London and Manchester. Next stop will be a Cardiff cycling and walking commissioner, or maybe even one for Wales itself. 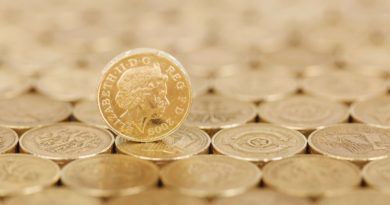 4 April, 2019 Jonathon Harker Comments Off on The ACT on choosing a finance provider and avoiding the pitfalls #3

3 February, 2020 Mark Sutton Comments Off on 25 years in Upgrade Bikes makes a case for closer ties than ever with specialist retailers 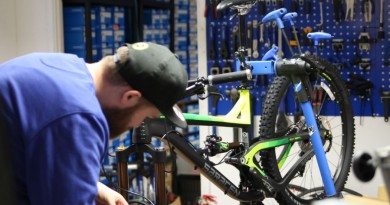 Comment: The bike shop of the future is all about people and valuable human connection!

23 March, 2016 Mark Sutton Comments Off on Comment: The bike shop of the future is all about people and valuable human connection!