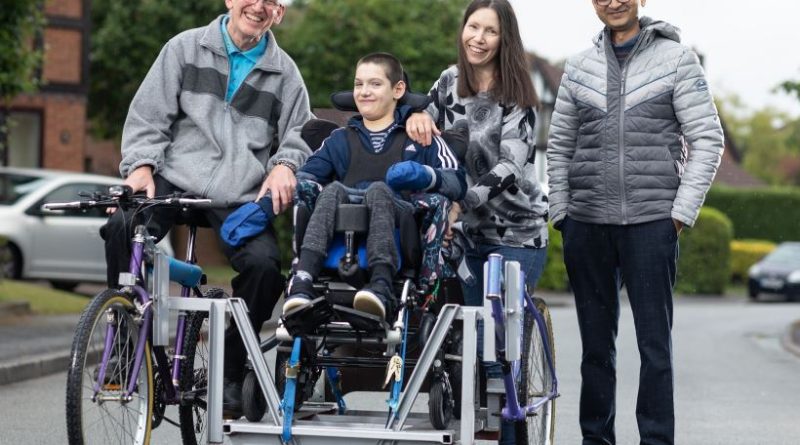 McMahon has engineered a trike that allows his young neighbour, Lewis Flint, to get out on the roads with his parents, Dawn and Andy. The trike, cheaper to make than alternatives according to Insync, is set to be available to families all over the world after its Manchester Global Design Centre stepped in to help refine the invention.

The Flints had struggled to help their son, who has an undiagnosed genetic condition, experience cycling with the rest of the family. He communicates through an aid, has no independent mobility and relies on other people for his personal care. They had tried options including using straps to attach his hands to handlebars and his feet to pedals but, without his wheelchair, he was left feeling uncomfortable. That also meant he had to be carried whenever the family reached their destination, which would become more difficult the older he became.

McMahon’s solution involves a ‘sidecar’ fitted to a bike, with a bike to roll on the wheelchair. Construction took two to three months using parts donated by various people and a video of Lewis Flint using the finished product saw McMahon receive enquiries on where to get one. McMahon contacted Hero to investigate making the trike available on a larger scale, and the brand, which has its global design centre in Manchester, was happy to help.

Former engineer McMahon said: “I’d seen the family struggling and I knew they were really keen on getting Lewis to experience everything an able-bodied child can, so I knew there was a real need for the trike. I got lucky in that the design just came together and when Hero invited us to demonstrate the bike it was too good an opportunity to miss.

“It’s quite humbling and uplifting to think you’ve helped somebody with basic DIY skills and it seems inconceivable that, with Hero’s help, we might be able to change other people’s lives, too.”

Dawn Flint added: “I don’t think we could have found a better neighbour. Les has been phenomenal in the time and energy he’s put in to make this for Lewis so that we can all go out on a bike ride. He absolutely loves it and it means we can go for a ride in the sunshine and then go to a café.

“It’s amazing to think Les made this in his garage and now Hero is going to help him so that other families could benefit like we have.”

Abhishek Pratap Singh, head of design at Insync, said: “Insync is a family bike brand and we believe cycling is a force for good improving mental and physical health and bringing the family together for quality time. We want to make cycling more accessible to everyone including those with special needs. We are very keen to support Les because we can see the difference his trike has made to Lewis’s life and how it could help others.

“Our design team is now working with Les to make his invention more mature and we’d like to create a trike for the general market so that more families with children with special needs can benefit. Our design is set to be much cheaper at around £500 compared than alternatives which start at around £5000 so our version will be much more accessible to families. We are planning to create a ‘flat pack’ kit that will enable families to assemble it at home or alternatively we are going to offer a download design so people can create their own versions of the trike. We’d like to include the trike as part of the new Insync family bike brand we have created for the UK and European market.” 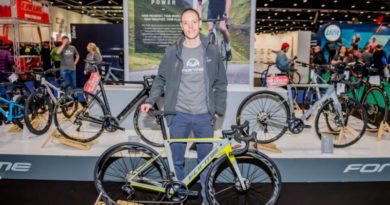 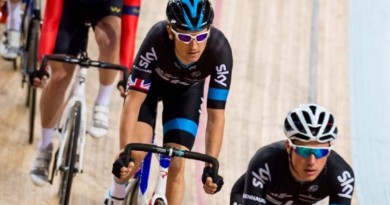 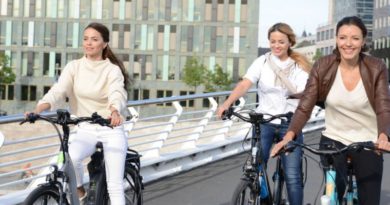