Transport for London (TfL) has set out its latest plan to deliver “vital improvements” to make London’s roads safer and healthier.

The body announced that it will invest £2.3 billion on “transformative projects to make London’s streets safer, better places for everyone.”

New high-quality cycle routes in Greenwich, Hackney and Hounslow will be accelerated to connect communities and help Londoners to live active, healthier lives.

The money will also go towards layout changes in junctions such as Old Street, Vauxhall Gyratory and Highbury Corner, to make them safer and less hazardous for cyclists and pedestrians. According to TfL, new Liveable Neighbourhoods will be created in local areas across outer London, helping to cut polluting car use and encourage walking and cycling.

Sadiq Khan, Mayor of London, said: “We are pushing ahead with our ambitious plans to make London a cleaner, safer, healthier city with more affordable and accessible public transport. This is despite an average reduction of £700 million per year in TfL’s funding from Government, and the financial challenges of uncertainty in the economy and the delay to the Crossrail project.”

The plan pledges to provide sustained investment for key transport improvements across London’s boroughs to help them deliver the Mayor’s Transport Strategy, including actions to reduce traffic, boost safety and increase active travel in their local areas.

Mike Brown MVO, London’s Transport Commissioner, said: “Safe, efficient and affordable transport is central to the future economic and social development of London and the country as a whole. Delivering the Mayor’s ambitious Transport Strategy will help create new homes and jobs.

“We will also be making the case to Government for continued steady and sustained capital investment to make the improvements London needs to remain an attractive place in which to live and invest.” 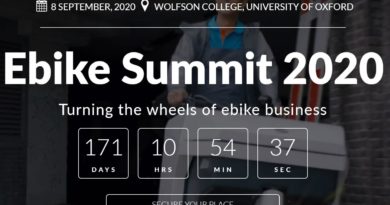