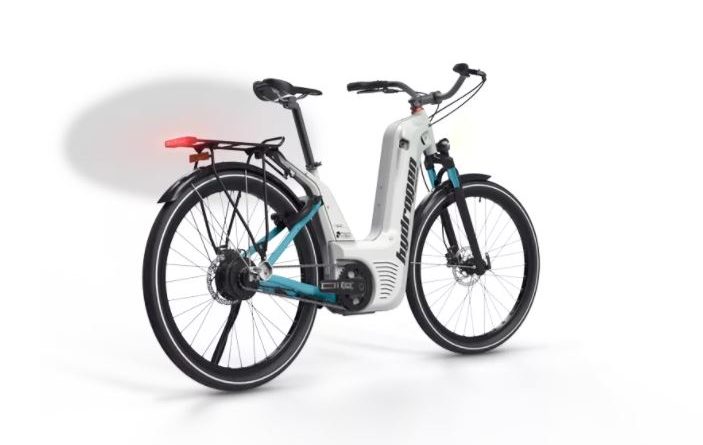 A hydrogen fueled electric bike from Pragma Industries now claims to have been built to sit within European standards.

Shooting for a continuous 100 mile range, the build carries a 250 bar pressure tank, which the firm says is certified.

There are of course pros and cons over the more traditional approach to power. Hydrogen tanks can be refilled instantaneously, but only if you can lay your hands on the fuel. It’s also a relatively clean technology when compared to lithium ion cells and is less sensitive to temperature. The bike does however still carry 150 Wh Li-ion batteries.

In its concept build, a Brose motor assists the rider to 25km/h.

The firm behind the bike has over ten years’ experience in producing hydrogen fuel cells and has products for consumer electronics like drones and laptops, among other items.

Initially the technology is being targeted at fleet operators and last mile delivery businesses, for which the firm says it can end battery management issues entirely.

Similar in nature, back in March the German Aerospace Centre told CI.N of its fuel cell range extender project, another substitute for a conventional battery system.

For the French speakers among us, the below video shows a broken down build revealing what’s under the skin:

8 May, 2017 Mark Sutton Comments Off on Tour of Britain organiser Mick Bennett escapes serious injury in hit and run 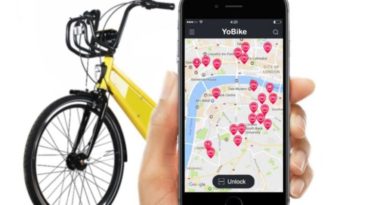 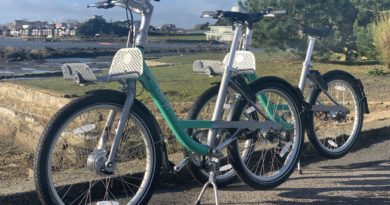