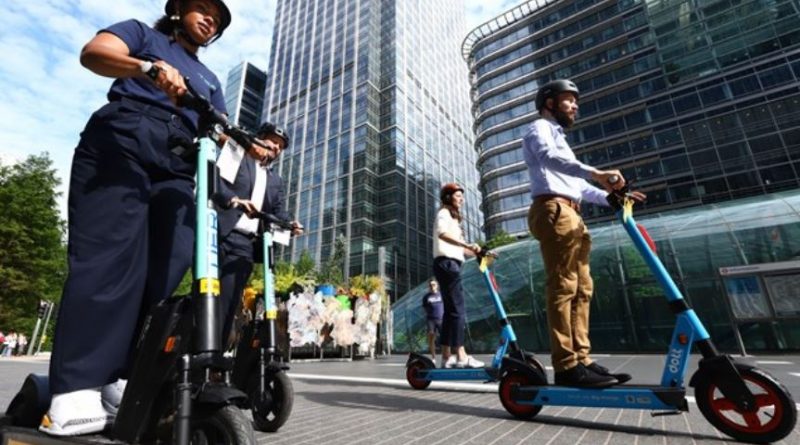 From today, electric scooter hire will be possible in some London boroughs following a substantial delay to launches, attributed largely to attaining cross-borough permissions.

Transport for London today made clear that the London scheme would take a more cautious approach than is outlined by the national guidelines, requiring each scooter to have a unique identification plate, be capable of just 12.5mph (rather than 15.5 as elsewhere) and stipulating that each unit will be adorned with a 12-inch wheel.

Proving a contentious issue from one borough to the next, the delay could have seen consumers straying over arbitrary lines from legal to illegal spaces. As such, geolocation is a key factor in the rollout; initially the hire schemes will launch only in Canary Wharf, Ealing, Hammersmith & Fulham, Kensington & Chelsea and Richmond, with Tower Hamlets acting as a ‘ride through’ area.  Further boroughs are expected to join shortly.

With the GPS a critical component in policing the scheme the scooters will prompt the user that an area is a no go zone, or that parking is not permitted in a given area. The scooters will also cease to function in areas such as tunnels.

What’s more, the operators will also have additional safety mechanisms in place, including ‘first ride policies’, meaning riders must take an e-learning safety course before they hire for the first time.

In issuing the electric scooter hire schemes Mayor Philip Glanville, Chair of London Councils’ Transport and Environment Committee, discouraged private ownership use, stating “we would urge Londoners to only use rented e-scooters, and avoid unregulated privately-owned e-scooters, which will remain illegal to use on public roads and have not been designed for safe use on the capital’s streets.”

It could fairly be argued that the horse has bolted on this issue, with many Londoners quickly acknowledging the inner city advantages of electric scooters as a tool to beat a cripplingly slow 7mph traffic speed. Retailers are allowed to sell the devices with the caveat that it is made clear they are for private land use; though they obviously cannot enforce this once sold. On this note, The MET police has issued an open letter asking for responsible sale.

E-scooters will be priced at between £3.25 and £3.40 for a 15-minute ride – and are only allowed to be ridden on roads, not pavements. Each operator will charge a fee to unlock as well as a per minute fee for each ride.

The operators successful in the tender process are scooter operators Dott, Lime and TIER, each of which have up to 12 month agreements in line with the trial period.

Will Norman, London’s Walking & Cycling Commissioner, said: “As we look to our capital’s future, we want to ensure a green and sustainable recovery from the pandemic. We know that a huge portion of car journeys in London are for very short distances, and we want to explore how e-scooters can act as an innovative alternative. E-scooters have been on our streets for some time now but with very little regulation. This trial will have safety at its heart, bringing in rigorous precautions and parking measures while taking the needs of all road users into account and seeing what role e-scooters can play in London’s future.”

Helen Sharp, TfL’s e-scooter trial lead, said:  “Safety remains our number one priority for this trial and we will work closely with the e-scooter operators, London Councils and the boroughs to ensure rigorous standards are consistently met. We will also continue to work closely with all of our stakeholders, including TfL’s Independent Disability Advisory Group, to ensure that the trial meets the needs of everybody living in, working in and visiting the trial areas. This new trial will provide the data and insights we need to determine the longer-term role e-scooters could play in our strategy for a greener and healthier future for London.” 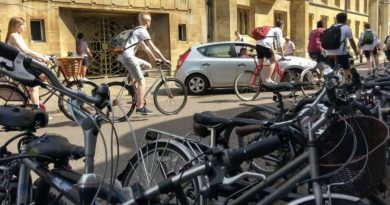