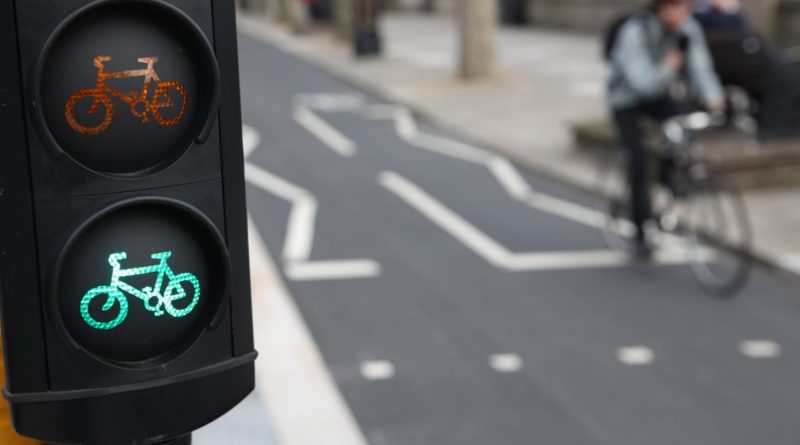 Transport for London’s annual Attitudes to Cycling Report has revealed a key effect of building for active travel – approximately a third of London’s cyclists started in the 12 months leading to September 2015.

TfL’s new 162 page study draws on insight from of 2,159 online interviews with Londoners, 18% of which cycle for transport. 74% of that core group describe themselves as ‘regular cyclists’.

In describing their motivations for active travel, more Londoners have cited an increased feeling of safety as a reason for taking to cycling, or at least considering doing so. Yet this feeling of increased safety is contrasted by less than 50% of cyclists giving a “good” rating to the availability of cycle lanes and other infrastructure.

The demographic most likely to take to two-wheels remains 22-44 year old male workers, although anyone who has been on the now separated from traffic cycle superhighways will tell you of an obvious rise in other demographics too. Indeed, the report suggests that 28% of children are cycling to school “regularly”, with 62% of kids having access to a bike.

Having developed a method to study behaviour change, Transport for London places 56% of respondents in the ‘sustained change’ category – a segment that indicates they are cycling more and either regularly or occasionally. 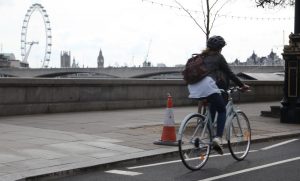 Perhaps more interesting is those in ‘pre-contemplation’ – a segment described as people mulling over the idea of cycling more in future. of non cyclists 82% placed themselves in this bracket, stating they could be open to the idea in future.

In keeping with prior trends, both 7% of cyclists and non cyclists have ‘lapsed’, meaning that they began to cycle but didn’t make it a regular habit.

Under Motivations and Deterrents, the key barrier for many, despite the aforementioned rise in confidence, does remain a perception of danger and high traffic volume. Over eight in ten agree that cyclists remain vulnerable to traffic, though this perception is decreasing.

Next on the list for reasons not to cycle is fear of theft, lack of time, or confidence.

TfL today announced a second round of community funding to help bolster cyclist confidence, among other things. £10,000 grants can be applied for here.

In encouraging news for bike retailers, the majority of those who have taken to bikes have taken steps to improve their experience, with some 78% having put bikes in for a service or bought cycling gear.

A contentious issue is the funding given to cycling and the concern that this figure isn’t set to grow from its already low base in the short term.

Londoners tend to agree that there’s a shortcoming in investment, with three in ten saying the progress isn’t being funded well enough. 39% of cyclists feel strongly about the issue and would like to see more spend on safe cycling.

One in six suggest “too much” is being spent on cycling in the capital.

74% are aware that the responsibility to improve conditions falls on TfL’s shoulders, with half stating they think the transport body “cares” about cyclists now.

With responses gathered by September 2015, the results don’t paint a reflection of some of London’s 2016 segregated path openings. Nonetheless, they do reveal that 11% of Londoners have thus far used a Cycle Superhighway, rising substantially to 37% of those classing themselves as regular cyclists.

21% of non cyclists intend to use the highways in the future, while 56% of cyclists said they would definitely use them going forwards.

A large chunk of the study aims to understand cycling’s reputation in London and TfL reveal that three quarters of Londoners agree that increased cycling has made a positive contribution in terms of quality of life and social benefits. Four in ten would recommend cycling to others.

Time saving is a widely cited benefit among respondents, who believe (rightly) that cycling is the fastest way to travel in the capital.

When it comes to providing for cycling, six in ten now agree that facilities for cyclists are “good”. Interestingly, this data was collected in September, prior to the opening of some key segregated commuter arteries. The appeal to cycle reportedly rose between March 2015 and September 2015, though the reason for this isn’t clear.

Back in June, CyclingIndustry.News revealed a substantial rise in the Santander-sponsored bike hire since the opening in full of London’s Cycle Superhighways.

The latest batch of analysis shows that 18% of Londoners have used the bikes, while 4% are members. Working Londoners and 16-44 year olds are the most likely users of the capital’s bike share.

Seven in ten describe their experience of the hire scheme as having a positive influence on their propensity to cycle more. 26% of respondents said they will definitely use the scheme in the future.

Public awareness of mass participation cycling events is significantly higher year on year, with Prudential RideLondon having enough of an impact to stimulate nearly one in five to cycle more than they had previously.

As much as 20% of the capital’s residents have now received some form of cycle training in their lives, with 9% uptake in the past ten years. The retired Cycling Proficiency Test represented 51% of training participated in, while the modern equivalent – BikeAbility – has reached 23% throughout people’s journey through schools. One to one training accounted for 28% of that completed by respondents and this has risen over time.

How effective such training can be is calculated to have a very diretc impact. Some 36% believe they are much more confident, with a further 43% saying they are simply “more confident”.

Interestingly, it’s women who are more aware than men that such training exists.

Of those resistant to undertaking training there is a large correlation between those saying they’d never cycle in London anyway.

We will be updating this article with more information shortly. 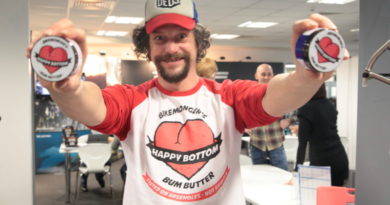 Charlie the Bikemonger takes on the keyboard warrior!

25 June, 2018 Mark Sutton Comments Off on Charlie the Bikemonger takes on the keyboard warrior! 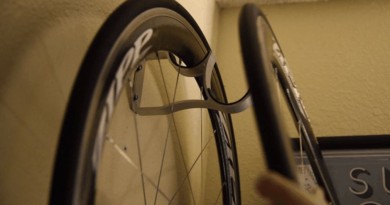 Too many wheels in the workshop? Offset solves your storage problems

10 May, 2016 Mark Sutton Comments Off on Too many wheels in the workshop? Offset solves your storage problems