CyclingIndustry.News has learned that, following the news that Fox will cease distribution with Mojo, the service specialists are to turn to creating bespoke suspension products, as well as become a tuning house for brands looking to up-spec their suspension offerings on stock bikes.

A source close to the business pointed to the firm’s collaboration with Nicolai for the GeoMetron bike as one example of how Mojo’s business will continue to develop. For this build, Mojo boss Chris Porter has pushed a few of the conventional limits of mountain bike geometry and suspension technology past previously accepted levels. The result, according to reviewers, is a bike that descends like very little else on the market.

The collaboration has seen GeoMetron Bikes become a standalone entity for Nicolai and one that is based out of Mojo’s Newport address where the fine tuning is completed. The website offers customers a bespoke set up of their bike, with everything from anti-squat characteristics to crank and bar length comparisons teed up for visiting customers.

It is understood that one of the first products likely to emerge once Mojo settles on house goods will be a fork and shock specifically for the GeoMetron Bikes. Mojo has previously produced suspension fork product of its own prior to the long-running distribution deal with Fox.

Though using Fox suspension for the build at present, the suspension used was far from off the shelf, with best in class dampers tuned specifically for the build by Mojo, as well as a customised fork, ultimately creating what one reviewer described as “the best single-crown fork this tester has ever ridden”.

It’s Porter’s expertise in tuning suspension that is expected to be the catalyst for further collaborations and even own-brand Mojo goods in the future, CI.N has learned.

Stock of Fox Suspension goods has rapidly flown out of Mojo’s warehouses overnight in a clearance sale. Fellow suspension service house TF Tuned has posted an Instagram video showing boxes of Fox goods showing up at its warehouse this morning, though it is not known if this is as a result of yesterday’s clearance. Buyers are also already re-selling goods bought at discount in the clearance just yesterday.

It is understood that Mojo will continue to trade, albeit with a new focus, despite what has been described as an “unexpected” loss of the contract with Fox. The firm was present just last weekend promoting the Fox brand at a “Women’s Weekend” demo event hosted at Bike Park Wales.

CyclingIndustry.News has reached out to Mojo for comment on the future of the business, though has as yet been unable to gain comment from Porter.

Fox has declined to comment on the news until a new distributor is appointed. 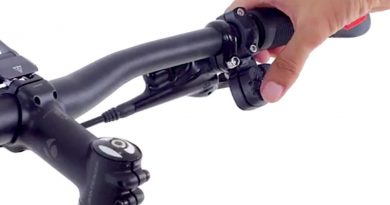 Former SRAM engineer creates Xshifter, a device to convert any groupset to wireless

9 September, 2016 Mark Sutton Comments Off on Former SRAM engineer creates Xshifter, a device to convert any groupset to wireless 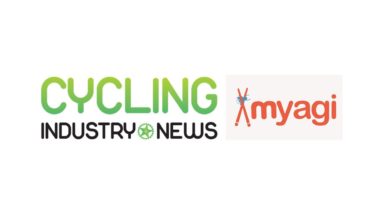