All events attached to RideLondon have been cancelled for 2020 with the organisers the latest to bow out due to the Coronavirus.

The mass participation event, which closes roads both inside and outside the city, giving people the chance to experience traffic free roads has proven increasingly popular over the years and registration is very often over-subscribed. Such is the impact of the road closures that pollution even drops significantly when the race is on, much like it does when the London Marathon comes to the city.

Hugh Brasher, Event Director of Prudential RideLondon, said: “We know how disappointing this news will be to the tens of thousands of riders who were hoping to participate in one of the fantastic events in the world’s greatest festival of cycling, for the thousands of charities that would have benefited from fundraising and for the world’s best professional cyclists who love racing on the streets of London and Surrey, but I am sure everyone will understand why this decision has been made.

“All participants and charities that bought places in the 2020 Prudential RideLondon will be refunded their entry fee in full.

“We are currently working with Prudential and the Mayor’s Office to see how we can celebrate the event weekend of 15 and 16 August.

“2021 will be the first year of a new contract to deliver RideLondon and, with the current unknowns about the short-term future for mass participation events and the importance of inspiring as many people as possible to cycle more often, we’re taking the opportunity to fully review the format and timing of the event over the next few months.”

The charity element attached to the event has raised north of £77 million since the ride’s debut for thousands of charities.

As an aside to the Prudential-backed mass participation event, the organisers also host numerous races, including the UCI WorldTour, RideLondon Classique, Brompton World Championship Final and a show attached to the rides that took place at London’s ExCel arena. The latter has become popular with trade exhibitors due to the volume and diversity of cyclists passing through.

Will Norman, the Mayor’s Walking and Cycling Commissioner, said: “RideLondon has been one of the highlights of the capital’s event calendar for the last seven years, so it is obviously disappointing that it cannot be staged this year. This summer we hope that millions of Londoners will alter their travel habits by making journeys by bike instead of driving or using public transport. But it is absolutely the right decision to cancel this year’s event to ensure the safety of everyone involved and we all look forward to welcoming RideLondon back again in the near future.

“The Mayor and I would like to thank Prudential, in their final year as title sponsors, for their support over the last seven years. We are already excited about the next RideLondon event.”

The organisers plan to update participants in the middle of June as to the future plans for the event. 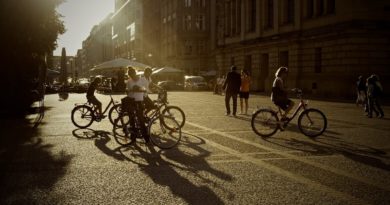 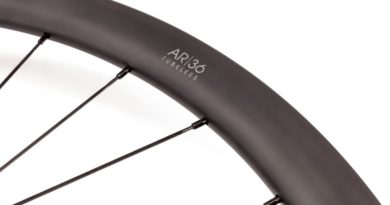