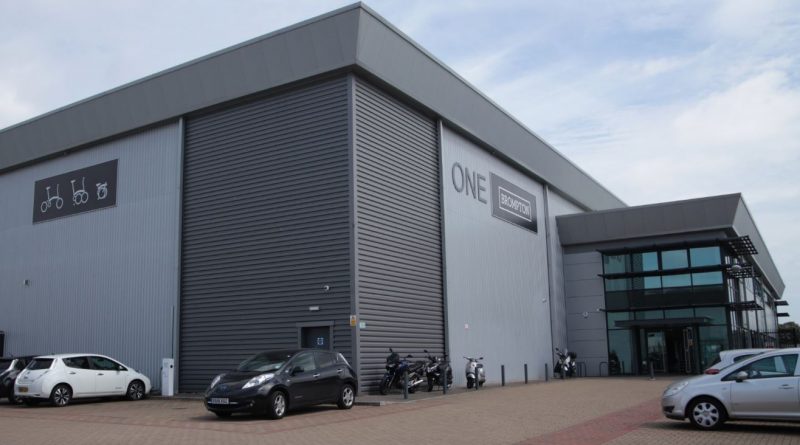 When Brompton moved from its 25-year home at Kew Bridge to the new 84,000 square foot facility in Greenford the production line only went down for two days. 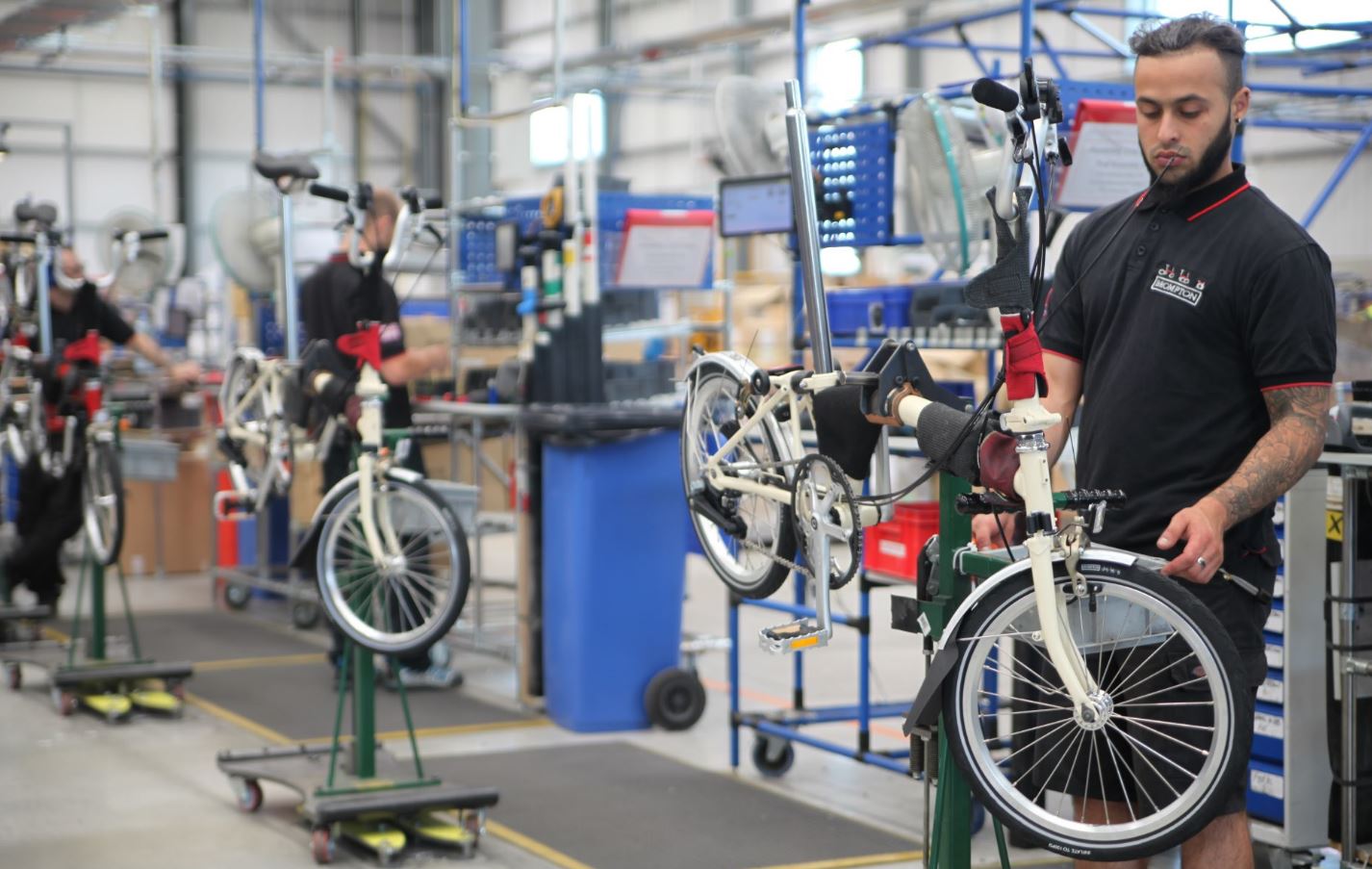 It  will come as no surprise, then, to learn that the firm’s next 15 years (at least) will be spent in a facility designed from the ground up to further streamline the business’s efficiency in every corner. Four times larger than its prior home, Brompton has taken a slight risk by moving into a facility so large – “The sales will have to grow,” we’re told.

At a time when urban mobility is becoming an ever-pressing issue for cities around the globe, Brompton’s iconic folder is well placed to take advantage, explains Comms executive Nick Charlier.

“The ambition is to be selling 100,000 bikes a year by 2022, so more than double our current output. Our new home has space for another production line, which will fire up at peak times. We’re soon to bring our paint shop in house too, which will save a truck load of parts going to Wales each day for powder coating. The facility allows us quite simply to become a leaner more efficient business. We’re planning in Q4 to move to a five day week from the current seven thanks to the expanded capacity. That, paired with the in-house paint work, begins to recoup some of the £2 million spent on the move.”

It’s for roughly the same reasons that the UK’s largest cycling manufacturer opted to stay in London, bringing everything back under one roof for the first time. With a Brompton going from raw tubing to finished bike in 24 hours and components to ready to ride in three and a half minutes, it’s essential that the brand doesn’t let quality suffer.

“It takes 18 months to fully train our shop floor staff, so had we moved the plant to a cheaper location we’d have lost out hugely on loss of skilled labour and incurred big costs in re-training,” says Charlier. “There’s 180 people on the shop floor and a further 70 in the offices, so it makes sense to stay local.” 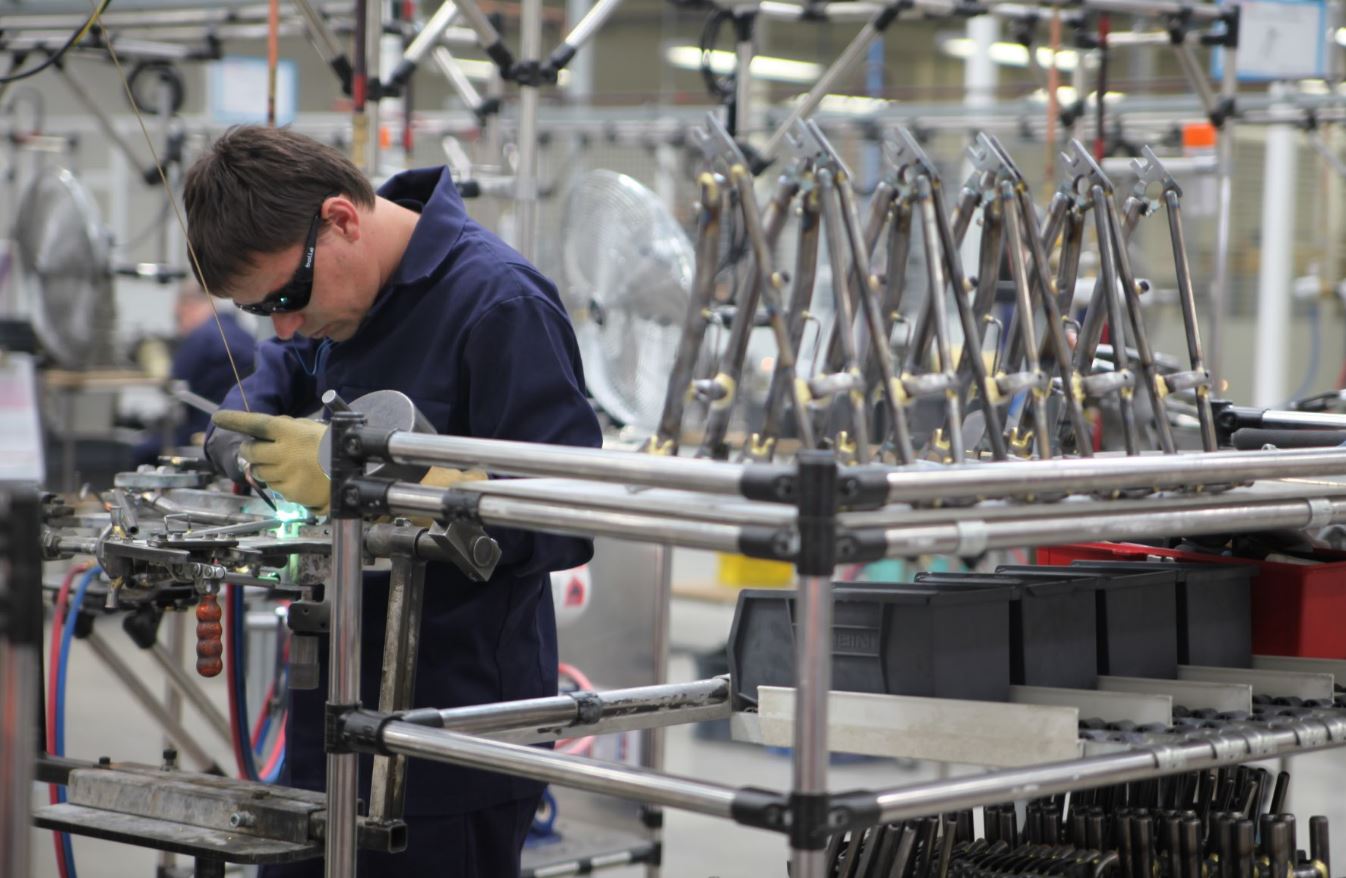 With some 80% of its production shipped overseas, emerging markets will prove a big driver of the extra sales needed to sustain the business’s expansion. Is it true that the UK is saturated with Brompton’s though?

“Not at all, 20% of our trade is domestic and 55% of that goes toward London,” says Charlier. “There’s a huge population increase expected around the city, so plenty of opportunity yet. The UK’s other big cities present plenty more scope for domestic growth. Overseas cities like Berlin, Hamburg, New York and a number of Asian markets are interesting for us.”

Asia had indeed gifted Brompton consecutive 20% growth year on year up to around 2013, though with a slowdown felt throughout the market has held at around 3% growth since. South Korea leads the charge, taking around 4,500 bikes a year, making it the folder’s largest export market.

Already present in 44 countries, Brompton has in relatively recent times rolled out own brand stores around the globe. Asked if this was part of the long-term strategy, Charlier says that the 12 in existence and any future openings are there to support its retailers as opposed to going own-brand. 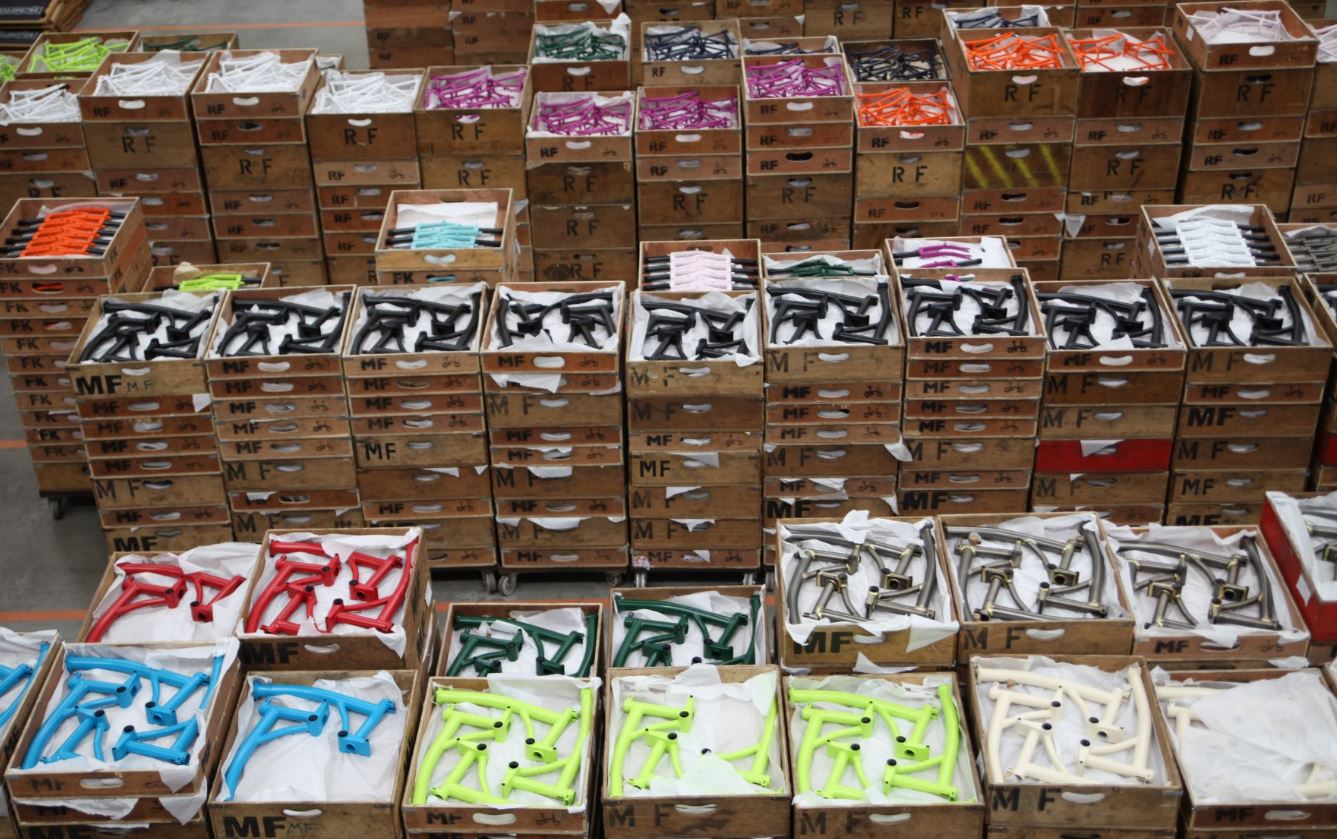 “The idea is not to dissimilar to Nike’s flagship city stores, they’re showrooms with highly trained staff, a sort of showroom to introduce new customers to the brand. There will never be more than just the one store in a prime location in each city. The aim isn’t to detract from our dealers, but to support them. Each branch has a list of dealers in the city to refer the customer to their nearest location if they’re not there to buy on the day. It’s a showcasing exercise more than anything and allows us to exhibit our full range of capability, right down to accessories and the 16.5 million possible custom colour combinations. Only 25% of customers customise at present, but I think more would if they were aware.”

Prior to a domestic vote to leave the European Union, director William Butler-Adams told us that a key concern of leaving the EU would be legislation shifts. Might Brompton have to obtain different licences for European distribution as is required in the United States. With the UK now in limbo waiting for Article 50’s trigger to leave, Charlier says that for the time being it’s business as usual.

“Nothing changes, it’s on the periphery of what we’re doing and in fact the Pound’s devaluation makes us more attractive to many overseas,” says Charlier. “The concern would be if other states began to leave, then there’s every chance legislation would change. At present, it’s unlikely, certainly in the short-term, that trade with our neighbours will be affected.”

Five years in the pipeline, the electric bike is finally nearing. An early partnership didn’t return the quality demanded by Brompton, leading on to the current link up with Williams’ Advanced Engineering, with whom the past two years have been spent prototyping.

Details are still very much slim on the ground, but we could prize a few select snippets on the pedal-assist build. The prototype is tipping the scales at around 16.5 kilos and will retain the same iconic fold of the flagship. The battery will be housed at the front within a luggage-bearing rack and will be able to charge your phone or laptop in the office and vice versa in the office while connected to the mains.

“The early issues we experienced have ensured that the finished product is 100% the bike we have long been looking to build,” concludes Charlier. 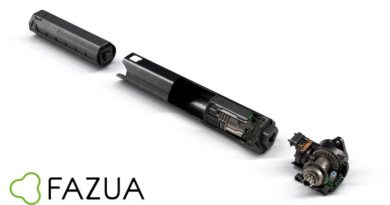 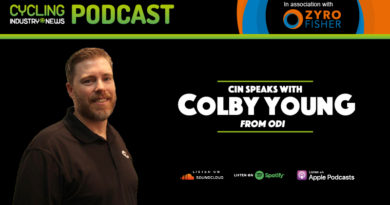 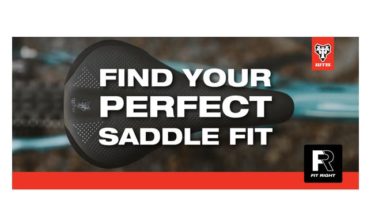