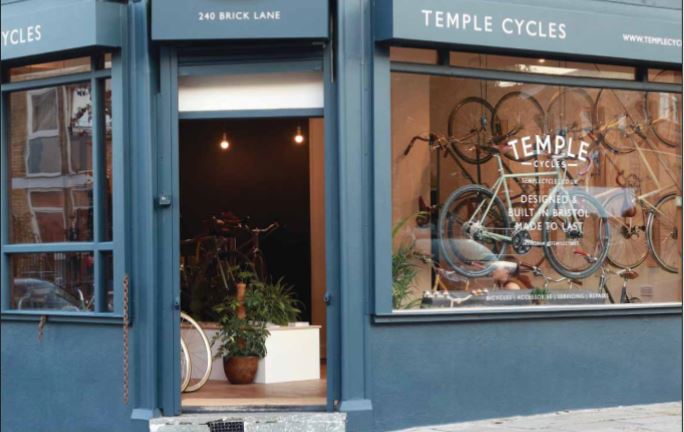 From pop-ups to a permanent store in London, Temple Cycles is bucking the retail trend of store closures. Duncan Moore speaks with founder Matt Mears…

The cycle market is at a low point in the UK as it seems as though almost weekly another story emerges of an independent bike store closing. Even some of the major players have closed branches this year and let’s not even get started on the Evans saga. However, against this backdrop of doom and gloom, there are people pushing back. Matt Mears started Temple Cycles in 2014 after graduating from university and not wanting to follow a conventional graduate career path. Based in his hometown of Bristol, Mears initially began with direct retail via the web before opening a workshop where the Temple Cycle range of bikes are assembled and that still doubles as a retail outlet. That first bricks and mortar venture was followed by a standalone store in central Bristol, which opened in October 2017.

Now he has taken the big step of opening a boutique Temple Cycles store in London. Explaining his thinking and why he is going against the current retail trends by opening another physical store, Mears says: “We were seeing that more and more of our customers were London-based. They were ordering online having not seen the bikes in the metal and simply asking us to send the bikes to them. I had the feeling that if there were that many people buying the bikes without even trying them then there must be a lot more who would want to come to a shop and try the bikes out, get a close look at them and then buy them. “London is a growing market for us and we could see that cycling was a growing market in general in London; with more and more people cycling. Our bike suits what a lot of people are after in London.”

This decision to open a London store was not simply based on potential sales to internet-wary customers, Mears already had experience of retailing in London. Since starting the brand he has made use of temporary pop-up stores in the capital. Open for no more than two weeks at a time, he has retailed from five different locations around the city. “During that time we were always looking out for potential spaces to make it a permanent thing. When the opportunity to take this place came along we decided it was the right time to do it,” he says of the establishment of the store on East London’s hip and trendy Brick Lane.

Mears is quick to admit that it is an expensive option and at the same time he is realistic about the future too having signed a one-year-long lease with the option to extend should the venture prove as successful as hoped. Yet for him, having a permanent base in London is still a cheaper option than continuing with the temporary pop-ups. “They were really expensive to do and you need to make sure they’ll pay for themselves. It could be £200 -£250 a day to open a pop-up in London. “It’s nice to have a permanent space [in London] and feel like we can settle. With a pop-up, we would get it set up and looking good in a day, but here the fit-out took a month to do, to make it how we want it.” Mears then goes on to explain the additional benefits of having a long-term space. “It also means we can have meetings with people, we can put events on like film nights, discussions, maintenance courses, maybe even stuff like yoga classes, we can arrange group rides from the shop. We can really make the space our own, make it Temple Cycles.”

A greater difference between the temporary pop-up stores and the leased premises is how Mears is approaching the publicity for it. “When we did the popups, we went all out with the publicity shouting about them on social media, letting people know. It was all pretty intense. They are really expensive to do and you need to make sure they’ll pay for themselves. The difference here is we haven’t really done much in the way of PR yet. All we have really done is let our followers know online. However, I’m looking to make use of sponsored adverts on platforms like Facebook soon.” A further benefit if having a permanent store in London rather than a pop-up is the addition of a fully-equipped workshop, as Mears explains: “Despite being a dedicated retail space for the Temple brand the workshop side of the operation is open to all brands. We have a work stand on the shop floor but we just use that for working on Temple bikes, small jobs like fitting mudguards. We also do the PDIs on the shop floor.”

In an interesting twist, the full workshop, housed in the shop’s basement, is run as a standalone business called Weekend Wheels which shares the Brick Lanes premises with Temple Cycles. “When I saw an opening in Brick Lane and meet Matt, I jumped on it right away,” says Weekend Wheels owner, Cameron Osborne. He continues: “Our partnership feels like a really complementary fit – we’ve been able to support each other with our different experience and insights in the industry.”

That support is no doubt appreciated by Mears who moved to London from Bristol to run the shop with Ellie Russell. While back in Bristol Mears long-term team of James Stockhausen and Tom Wood are running the two existing venues which are operated by six staff in total. Talking about how he manages to keep Temple Cycles running smoothly now it is in two cities, Mears says: “The core business is still in Bristol, we’re a Bristol brand. I get back to Bristol every two weeks to catch up with the team. I am the boss after all, even though that’s not really how the company works. However, the buck stops with me and essentially I’m responsible for everything. I have to make sure everything is going smoothly in Bristol as well as in London.”

Now that Temple Cycles is operating across multiple sites Mears has no immediate plans for further expansion. “Unless someone wants to invest, we won’t be opening any more stores for a while. We did crowdfunding previously and that put the business in a more secure position. It allowed a greater investment in stock, we were able to develop the product range more, increase the size of the team, have more of a marketing spend. It basically stabilised things and meant we could make long-term plans.” Those long-term plans became the London store and now Mears’ aim is “to have higher price point bikes and get a better margin. Having higher-end machinery available broadens the reach of people who see our products too.” He expands upon this by explaining: “We noticed a change in the customer enquiries after we brought out the Adventure Disc, it brought new people to the brand.”

With new customers discovering the brand and a new store for them to experience the bikes in rather than simply seeing them on-screen, the future looks bright for the youthful team behind Temple Cycles. 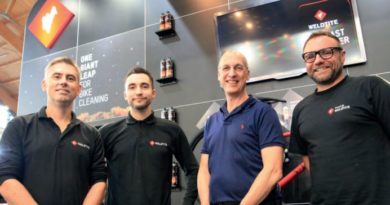 Weldtite: “We don’t bring something to market unless it’s a world beater”

7 November, 2019 Hayley Everett Comments Off on Weldtite: “We don’t bring something to market unless it’s a world beater” 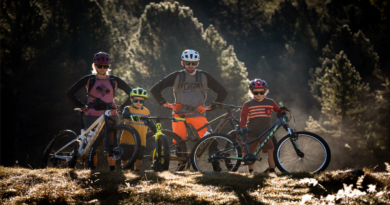