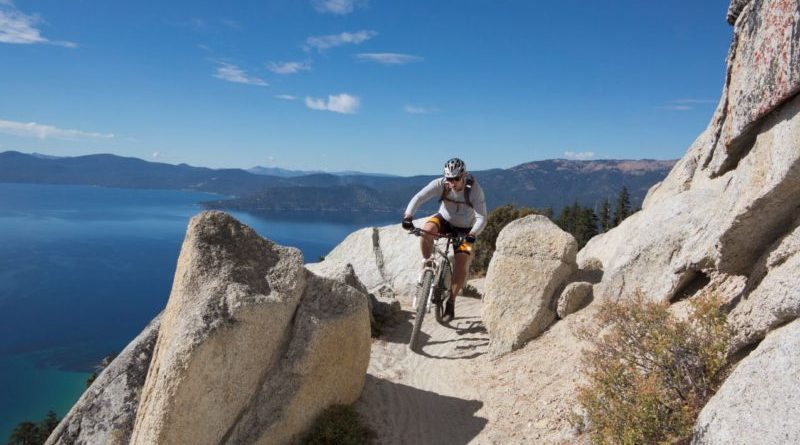 Emerald Expositions, the organiser of the Interbike trade exhibition, has today announced that the 2018 event will now call Reno Tahoe home in a deal running until 2022.

Kicking off the conference call to press today Emerald Expositions’ Darrell Denny said four considerations formed the decision process; the need for a unifying event; a tipping point on desire for venue change; better control of costs and for dealers to be back in their shops ready for the busy weekend period.

Outdoor Retailer, also owned by Emerald, in July announced that it would move to Denver, with many expecting Interbike to follow. To the surprise of everyone on today’s conference call, the venue of Interbike’s 1986 and 1987 won out for a number of reasons explained by Pat Hus, Show Director.

“After seven months of extensive research starting with our survey of visitors we have chosen a clear cut winner in Reno Tahoe. For anyone who hasn’t been to Reno for a while, there’s a reason why Tesla has invested there and why bicycle industry companies like BTI have set up distribution houses there.

“This gives us the opportunity to host what we hope to become the world’s largest demo event, starting the weekend before the show. For retailers and our exhibitors the move will be key as it’s an affordable one. The new Tuesday through Thursday format will allow retailers and exhibitors to travel back to their homes and businesses for the weekend. The industry is going through a tough time, so this move vastly reduces costs of accomodation, food and much more. The venue is a non-union facility meaning exhibitors will be able to enjoy more permissive hand-carry options and less restrictive booth setup labor rules.”

Found at 4,500 feet, Reno enjoys temperatures of around the low 80s to 60s at night, said Hus, making it perfect riding weather. Tahoe meanwhile is found at an elevation of 6,000 feet.

“We’ll be able to offer the chance both to camp and even to sit outside an eat lunch,” enthused Hus.

“This is an opportunity to hit reset on Interbike,” adds Hus. “With the support and investment from the city of Reno we are going to be able to truly create a one-of-a-kind, week-long celebration and experience around cycling. We also recognize that this is a critical time in our industry and that we need to provide a more cost-effective approach to exhibiting at the show, and we are now able to provide that.”

Hus also announced the debut of Interbike Market Week, a two day consumer-facing cycling festival alongside the Northstar California Resort running prior to the trade only outdoor demo. Granting visitors access to the chairlifts and gondolas, Hus enthused that Emerald aims to create “the world’s biggest cycling demo alongside a programme of live music and much more.”

The following outdoor demo shortens to 1.5 days, running September 17th and 18th, prior to the main show opening at 10am the following morning.

Northstar is home to Northern California’s largest bike park with countless downhill runs, cross country trails and is accessible by gondola and chair lifts, offering an epic experience for consumers to test products from the most innovative brands in the bicycle industry. The area also boasts some of the most inspiring road rides in the world and has played host to a number of major events including the Tour of California. Racing, music, craft beer and more are planned for the two-day festival.

Wednesday evening will play host to Cross Vegas (minus the Vegas part), which will be held north of Reno on a new course which is also set to host the National Cyclocross Championships in January.

North America’s largest bicycle trade exhibition, which this year kicks off with a two day Outdoor Demo at Bootleg Canyon, has been in Las Vegas since 2011.

Dealers are invited to attend this year’s show, running September 20th to 22nd, and are asked to register here.

As previously announced, the 2017 knocks off the consumer add on for the show’s last year in Las Vegas.

A number of new initiatives for the 2017 show have also been revealed, including a new crowd-funding area called The Incubator, and a New Product Showcase area.

The Incubator will feature the latest cycling-related innovations from creators on crowdfunding platforms like Kickstarter. It will be placed in a high-traffic location on the Interbike show floor where attendees can flow through, touch and feel the products and speak with the creators directly about their innovations. While funding is the primary goal for these creators, no other bike event in North America can get these entrepreneurs exposure to 15K+ industry experts.

“Just about every company in our industry started out as an idea at some point, and it grew from there,” said Justin Gottlieb, PR & Communications Director for Interbike. “Our goal with The Incubator is to get these products and their creators in front of our audience and hopefully help launch their products and brands. Brands like Revolights and Lumos, which were both Kickstarter products, have now gone to the next level and I’d like to think we played a part in those success stories. We want to do that for more creators and their products.”

Interbike is working with Kickstarter to promote the area to its creators, which will feature a simple, turn-key booth solution to make the investment as economical as possible.

The New Product Showcase area in the very front of the hall will allow companies the opportunity to showcase one new product innovation in the highest traffic area in the show. Exhibitors can use this area to drive attendees to their booths for more details and to see other products.

Of ditching the consumer event the organiser Pat Hus said: “We now realize that getting significant turnout to fly to Las Vegas during the week is extremely difficult and that we’re better served going back to the old format and making it a trade-only event. If we can come up with another way to do it in our new home, we’ll re-visit the concept.”

Additionally, the show will now close at 2:00 pm PDT on Friday vs. its traditional 4:00 pm PDT closing time to allow exhibitors more time for tear down and the opportunity to save on expenses. 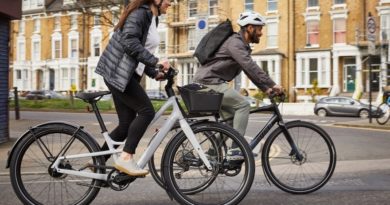 This week’s top job vacancies in the cycling industry

20 April, 2017 Mark Sutton Comments Off on This week’s top job vacancies in the cycling industry