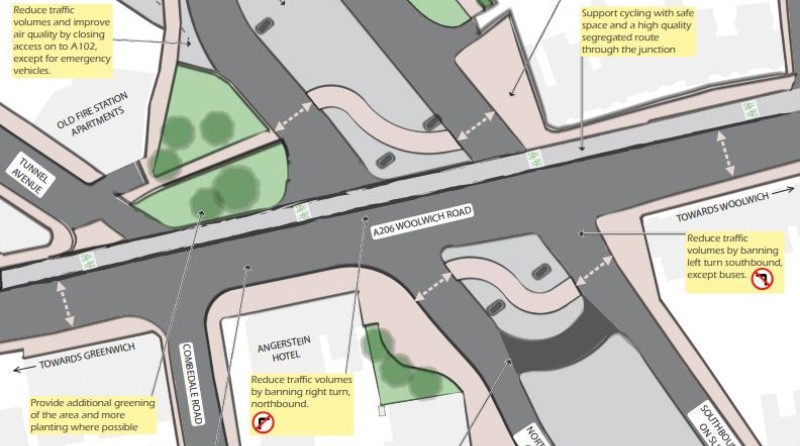 Transport for London (TfL) has set out plans to overhaul one of southeast London’s most dangerous roads, proposing a 5km Cycleway between Greenwich and Woolwich.

The proposal is part of TfL’s Vision Zero commitment to eliminating death and serious injury on the capital’s roads.

Road danger in the area is high, with 215 collisions leading to death or injury recorded along the A206 Woolwich Road between 2017-18. In 2017, 18% of all casualties were people cycling.

Through proposing the new Cycleway, TfL hopes to tackle this and improve air quality in the area. It is asking people to have their say on the first phase of this route, between Charlton and Woolwich, which will see a two-way, fully integrated 2.5km Cycleway built, six new pedestrian crossings and the extension of existing bus lanes.

TfL is also working on improvements to the Angerstein roundabout, where two people have been killed while cycling in recent years, proposing a new segregated cycleway through the junction with new signals to help those cycling and walking navigate the junction safely and easily.

“I’m delighted that we’re pushing ahead with these bold plans – part of a new high-quality cycle route from Tower Bridge all the way to the heart of Woolwich,” said Will Norman, London’s Cycling and Walking Commissioner. “With additional pedestrian crossings and a new bus lane, the route will be made better and safer for everyone.”

TfL’s consultation into the first 2.5km of the route is now open until 16 February and can be viewed here.

Simon Munk, Infrastructure Campaigner at London Cycling Campaign, added: “It is wonderful to see plans moving forward to tackle the infamous and lethal Angerstein Roundabout, something we have long campaigned for. These plans promise to deliver a major route for South London, eventually linking Tower Bridge to Woolwich, taming hostile and dangerous roads.

“This should not only help save lives, but also enable far more people to walk and cycle, cutting air pollution and climate emissions.” 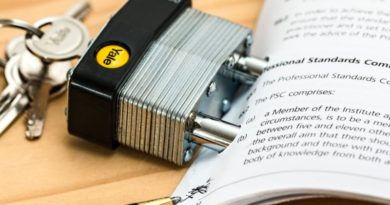 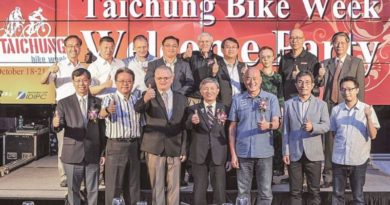 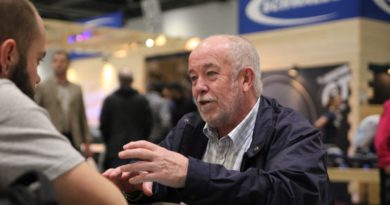