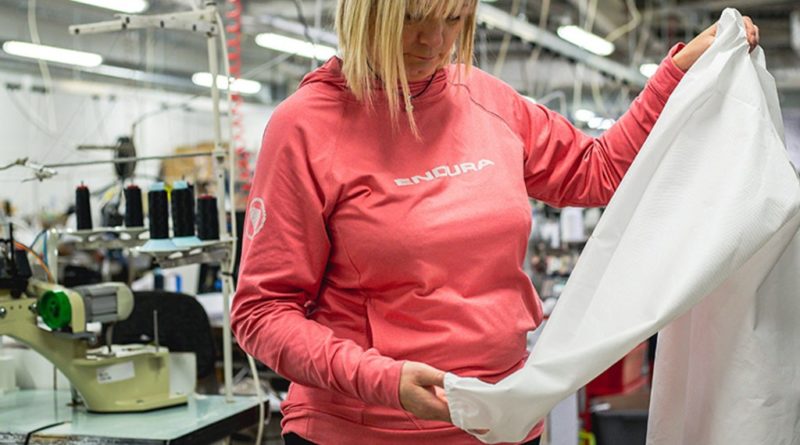 The cycling industry has not been short of stories of support for key workers and those in need during these extraordinary times, and here are two more;

Endura is now working with Keela, Redwood TTM and Transcal to provide significant volumes of PPE to NHS Scotland. The firm, well experienced in rapid garment development and advanced production techniques, is using specialist fabrics produced by Don & Low as part of a large scale project that will provide more than half of the non-sterile gowns needed for health and care workers in Scotland. THe collaboration has also seen Endura work with NHS Scotland, Scottish Enterprise and the Scottish Manufacturing Advisroy Service to develop a design spec for a PPE gown that can be produced fast enough, and to the requirements of, NHS Scotland.

In addition, Endura has been working with NHS England to design and develop re-usable gowns using a waterproof, breathable fabric membrane donated by sister brand Berghaus. Samples are with NHS England and there are hopes that production can begin soon.

Further south, Leicester Bike Aid received a generous 50 bike donation from Rutland Cycling. The bikes will be put to immediate use by key workers. So far, Leicester Bike Aid has helped more than 400 key workers – either through the loan of a free bike, or fixing their own bikes so than can be put back in use.

Leicester City Council has put resources and its own bikes into the scheme too, as well as setting up temporary cycle tracks close to Leicester Royal Infirmary to create a ‘key workers corridor’ for cyclists. More than 40 organisations (including Sustrans and the Leicester Cycle Council) are involved with Leicester Bike Aid.

David Middlemiss, director of Rutland Cycling, said: “As part of the wider cycling community we’re pleased to be able to do all we can to help Leicester Bike Aid. Rutland Cycling’s purpose is to inspire more people to own and ride a bike and the work of everyone involved in this project is certainly inspirational. Alongside all the other partners in the Leicester Cycle Campaign we are keen to introduce as many people as possible to the personal and social benefits of cycling, such that this time of great challenge can also be one of positive transformation.”