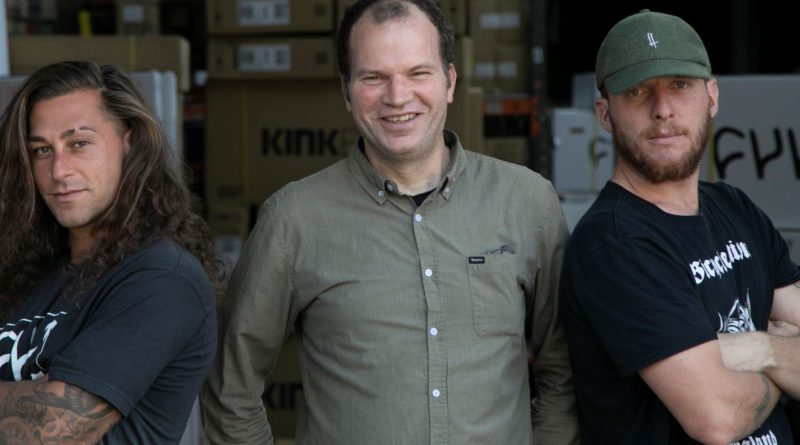 BMX is notorious for riding a roller coaster of popularity, but one of the enduring distributors whose ridden each transition well is Stuart Dawkins’ Seventies. Here he talks about the run up to a new quarterpipe…

Seventies is reviving the famous Backyard Jams – what prompted this?

There’s a lot of contests and jams going on in the UK, but we wanted to do something that tied everything together and help the amateur riders work their way up to bigger events. By having competitions, the sport can grow and we’ll see people stick with BMX for longer. We also have an under-11 age group to get new kids into the sport.

For those who used to attend, how similar will the modern day version be and can BMX lifers get involved?

If you’re making a comparison to the 90s events where a few thousand people would congregate in a field and watch riders hurl themselves over a 30ft chasm… then it won’t be similar at all. However, the ethos remains the same, getting everyone together, supporting and growing BMX in a positive way.

Backyard Jam was last held in 2006 in Sheffield. Things were simpler then as we only had one discipline; street and park combined. Now we’ve got separate groups for both, as well as different age and gender specific groups.

For this year’s event we have a series of five amateur qualifiers at different indoor parks around the country, culminating in a final event at Adrenaline Alley in Corby on December 8th. We expect around a hundred amateurs to enter each qualifier event. This is not a series in the sense that a rider has to attend all the events, but rather riders just have to qualify once.

We have also teamed up with the annual Simple Session BMX event in Estonia so the top 2 riders from Park and Street will be invited to this event and we will be covering their travel and hotel expenses. This is part of our focus to create a ‘Path to Pro’ to help riders progress to enter higher profile events.

We’re looking at putting on an over 35s group at the final for the lifers!

Who is sponsoring the Backyard Jams?

We have had a huge amount of support from the cycling industry and have sponsorship from CSG, 4Down, Moore Large, Back Street Distribution, as well as our own brands. It was really important to me that the whole industry got behind these events as everyone will benefit if the sport grows as a result.

Earlier this year you bought the UK’s leading BMX magazine Ride UK. How did this come around?

After Factory media closed down all the remaining titles were purchased by a new company who had no interest in Ride UK (and some of the other sporting titles) so were looking to sell them on. Ride UK magazine holds a special place in most riders’ hearts, and we were faced with the possibility that either it would remain dormant or potentially end up in the wrong hands.

There are already several media companies focused on BMX, but we feel Ride UK has a responsibility to cover as much UK content as possible. Although Ride UK is technically owned by Seventies now, we are trying hard to keep it unbiased.

In order to continue with Ride UK in the same vein we re-employed Robin Pearson as the full-time editor, as well as some of the prior freelancers.

You said earlier that the BMX market is ticking along. Are we riding a low on the rollercoaster and what may spark the next high?

The UK BMX market has seen better times, but I feel we’ll see continued growth over the next few years. This I believe will be down to a number of factors; the Backyard Jam events, BMX Freestyle in the Olympics and the support of Ride UK.

The Olympics will likely be a positive thing for BMX Freestyle; it will bring the sport onto millions of TV screens around the world and expose BMX to a whole new audience. As a result of this many countries have invested in riders and facilities to enable riders to be able to compete and ultimately win medals. This will have a trickledown effect in the longer term.

What segments of BMX are proving most popular?

For us as a distributor we see strong sales in street and park and less in trails. We feel this is a reflection of the UK market as a whole. With Park riding being the only discipline in the 2020 Olympics we see this as having a high growth potential, as well as entry-level complete bikes that cater to all segments of the market. We are also seeing a lot of interest from older customers who either used to ride or are getting into BMX for the first time.

For a retailer with a local skate park, where is a good place to start with product sales to newbies?

I would suggest a number of complete bikes (RRP £300 – £400) as well as a good selection of high turnover parts and accessories such as grips, chains, inner tubes, tyres and seats. Having some stock will attract local riders and start a dialogue about which types of riding are popular in the area.

Did the market ever see a mass transition from scooters to BMX bikes?

It’s definitely an easier learning curve transitioning from riding a scooter to riding BMX than if you were coming from another sport such as skateboarding. We currently sponsor a number of high profile BMX riders that started off riding scooters. That said, I don’t think we’ve seen a massive shift from scooters to BMX and feedback from indoor parks tells us that scooters are still their most dominant customer base.

As far as specialist retailers go, has your segment mirrored the rest of the bike market in decline of door numbers?

Absolutely, BMX shops are finding it harder and harder to get customers through the door. Due to the high number of brands and SKU’s those focused on online sales are doing better. Equally those shops that are nurturing a local scene through sponsored riders, organising events and good customer service continue to do well.

You’ve a new Federal team video out at the moment. How does this benefit the business and wider community?

We just released the Federal Bikes FTS DVD. This has been a two-year project filmed and directed by Rich Forne, featuring team riders from the UK, France, Germany, Canada and the Czech Republic. This is a 50-minute DVD that we sell either as a package with a book featuring photos from the riding trips (RRP £20) or we also give it away as a free DVD in a card sleeve.

Professional BMX riders appreciate a brand getting behind a project and in most cases push their riding to higher levels because the end product won’t be just another web edit. This was an expensive project, but it felt right to do it out of respect for the riders that put their lives on the line.

Being a free DVD this has a huge pull to bring customers through shop doors to pick up a copy, or it might be an extra incentive for consumers to order online to get a free copy with their order.

Eventually we can reach our biggest audience as a free online video. Ultimately this a promotional tool to expose the Federal brand name to as many people as possible.

Any tips on hot product lines expected to do well leading up to Christmas?

Sebastian Keep’s brand Tall Order just released their first range of complete bikes (RRP £289.99 to £499.99) in July so these are proving to be extremely popular. The brand has grown immensely through a series of YouTube Vlogs and often appeals to a new first time buyer that isn’t aware of some of the more established brands in BMX. 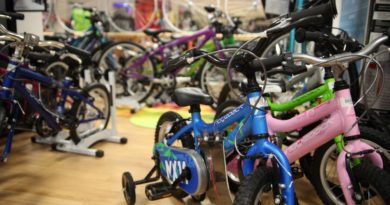 Townley: Spot the opportunity with each generation of bike shop customer

31 January, 2017 Mark Sutton Comments Off on Townley: Spot the opportunity with each generation of bike shop customer 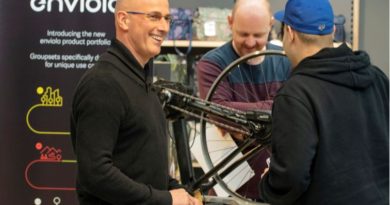 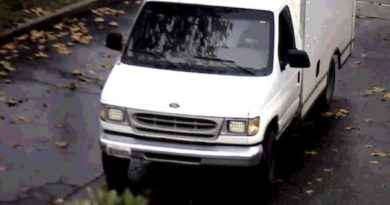