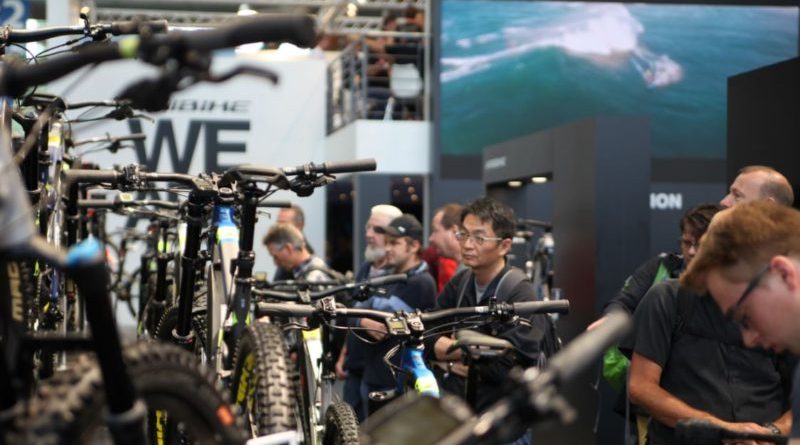 Previously we spent some time visiting the widespread perception that independent trade fairs are industry dinosaurs, hopelessly irrelevant and teetering on the brink of extinction. But some basic analysis of attendance numbers demonstrates that – like so much of bike industry wisdom – the widespread rumours of trade show collapse are just flat-out wrong, argues Rick Vosper.

Looking back to my opening trade show dialogue, specifically we looked at numbers for the industry’s two premiere fairs, Eurobike and Interbike.

Interbike has seen a more troubled history, with a drop in attendance of just over 30% in the past five years. That’s a big hit, but there are also some powerful mitigating factors, as we shall see.

Where I live in the American South there’s a saying, “a regular cat ‘n’ rat farm.” The basic premise is simple enough. “First you get you some cats and some rats. Feed the rats to the cats. Skin the cats and sell the pelts for profit. Then feed the cat meat to the rats.” 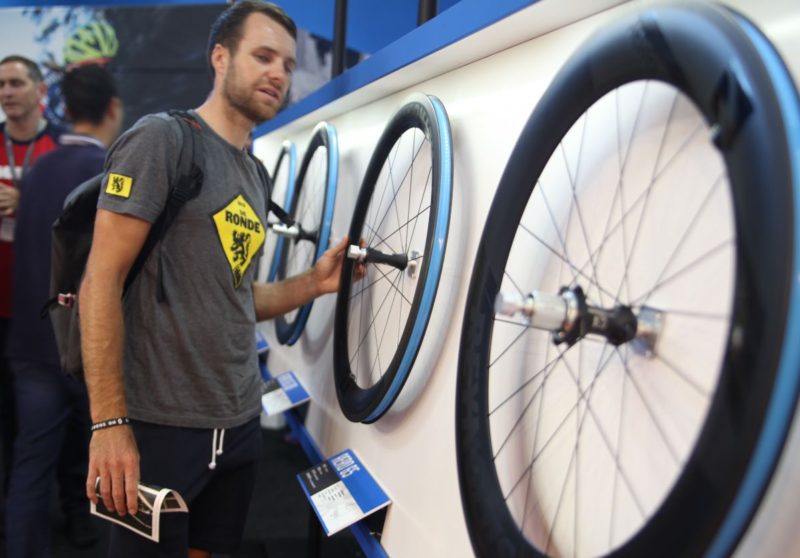 Distasteful, perhaps, but you see where this is going: perpetual motion plus a tidy profit. It also serves as a handy metaphor for the trade fair business. Difference is, the cat/rat enterprise won’t actually work. But well-run trade shows can. For years, in fact. Decades, even.

But it’s not all just cats and rats. Interbike’s former Vice President Pat Hus expands on the model, adding a show’s high production costs to the mix.

“For the venue,” he says, “it’s all about food and bev, heads and beds. Tax dollars. For the venue location, the city where the event is held, it’s about incremental tax revenue from show attendees flying in, eating, sleeping and running around.”

In other words, the more attendees a show brings in, the more money those visitors spend and the more revenue the host city and venue realise. Which means the more attractive the pricing can become to the show producer.

Trade fair management is simply the dance between exhibitors, attendees and venue costs. These ratios can create the difference between making a substantial amount of money, and losing it. It’s all about beating that tipping point; bringing in enough retailers to attract enough vendors to drive enough booth sales to hold down the costs of the venue and all its associated services.

This becomes especially critical for relatively modest shows (like Eurobike or Interbike) in high-traffic venues (like Friedrichshafen or Las Vegas) accustomed to huge events (like the AERO aviation show or CES – the world’s largest show of any type). The smaller the show and/or bigger the host city/venue, the sharper the razor’s edge between profit and disaster becomes for the trade fair owner.

What the big brands don’t want you to know

In theory, an exodus of major suppliers – in this case, most or all of the A-list bike brands – ought to result in a huge loss of retailer attendance more or less in proportion with the sales revenue those brands generate.

But, as we saw last time, it hasn’t. On both sides of the Atlantic, the cat ‘n’ rat farm keeps purring along.

This is true even when a shop owner has to make a major investment in attending even one independent trade fair, let alone two or more. There’s the up-front cost of paying for travel, lodging and food – “Food and Bev, Heads and Beds”. Not to mention the opportunity cost of not having those personnel in the store during entire weeks of the peak summer-to-early-fall sales season. Yet clearly, it’s an investment many business owners choose to make, nonetheless.

I asked about this in dealer interviews conducted as part of my research for this series. The first thing I learned is that retailers are now spreading employees among several trade shows instead of bringing a full complement of staff to just one. Which is one important reason trade show attendance numbers are down.

But still, with more and more of a retailer’s budget going to one or more A-list brands’ house shows, why go to independent shows at all? Finally, one retailer (who asked not to be named), wrapped the whole answer up with a red bow and dropped it in my lap.

“It’s simple,” they told me. “We go to trade shows to see all the stuff Trek and Specialized and Giant don’t want us to know about.”

So, that’s Number one of three key points. There is stuff, important stuff, at a trade show that retailers just can’t get at a one-brand lollapalooza.

Hus again says: “In a time of industry consolidation, retailers still want to see everything the big brands don’t have. We (Interbike) aligned ourselves with the second-tier brands like Jamis and Focus and Felt and Marin and Scott and KHS and Cannondale. These guys are quietly taking share from the bigs. We respect what the big boys are doing, we understand why they do it, but we still think there’s a place for what we do, too.”

A less tactful observer might put it this way: you may be the biggest ice cream vendor on the beach, but you still can’t monopolise all the customers with just one flavour.

The second consideration keeping the lights on at trade shows is the rise of the e-Bike. According to Ed Benjamin, founder and chairman of the international Light Electric Vehicle Association (LEVA), none of the dominant bike brands in Europe enjoy a share of the increasingly critical e-Bike business commensurate with their share for conventional bikes. In the United States, which Ed estimates is some ten years behind Europe in e-Bike development, A-listers’ collective share of that market is even less.

Which is to say, other brands’ share is even more.

So if you want to see the state of the e-Bike art in Europe or the United States, you go to Eurobike or Interbike, respectively. For the latter in particular, the e-Bike market may prove to be a life saver. 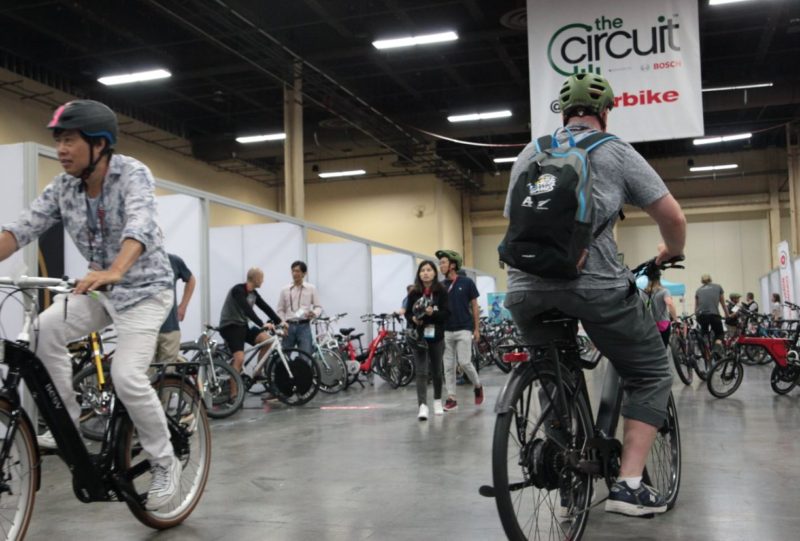 “e-Bikes have become increasingly important to the health of the (Interbike) event,” Pat Hus emphasises. Without e-Bikes, things might be more adverse than they already are. They’re a game-changer. We got into the category early and the category has been very good to us.”

Finally, there has been a tectonic, but almost entirely unnoticed, shift in the cycling industry dynamic for the US, UK and EU markets; an unavoidable consequence of the A-list brands’ rise to dominance.

This topic really needs to be explored in its own feature piece, but here’s the TLDR version.

Like any business, an A-list bike brand wants to grow. The easiest and least expensive way to do this is to create more sales outlets; add more dealers. But by now, most market areas are saturated and the most desirable retailers are heavily committed to one brand or another.

In many markets the supply of available retailers is also shrinking. I contacted Jack Oortwijn, editor in chief of Bike Europe about this. Here’s part of his response:

“That the dealer base is shrinking is correct for the UK. In a 2017 Halford’s report to investors, research has identified a nearly 10% decline in the UK in specialty retail-bicycle retailers over the previous year.” “In other countries,” Oortwijn continues, “the dealer base is not shrinking because online competition is not as hard as in the UK. Also the e-Bike trend is bringing (money-wise) relief to dealers in EU countries.”

So, depending on the market shop numbers are shrinking and/or sales that had previously gone to conventional bikes are now moving to e-Bikes, where the A-list brands are far less powerful. In either case, additional outlets are increasingly unavailable to the largest brands as a means of growth.

Plus in a shrinking market, it’s the smartest, strongest and most agile players who survive, whether we’re talking about retailers or suppliers. This means smarter, stronger and more agile competition against the A-list brands.

The paradox of all this is that the more market share A-list brands take from smaller suppliers and/or retailers, the greater the remaining brands’ strategic value becomes to the market. And the stronger the survivors – both suppliers and retailers – become. At some point, the A and non-A forces reach stasis and the market stabilises. For the first time, the law of diminishing returns comes into play as a limiting factor to big-brand growth: the cost of continued expansion is simply higher than the A-listers are willing to pay.

Obviously this is good news for retailers who don’t carry A-list brands. But it’s just as important for those who do. Many of these A-list dealers use independent brands as a strategic buffer to prevent their A-list supplier(s) from controlling too much of their total business.

And of course, this is precisely why independent brands and both aligned and non-aligned retailers benefit so much from independent trade shows.

All of which leaves us with two questions: If trade shows are actually doing pretty well and delivering important benefits to suppliers and retailers alike, why do we keep hearing they’re completely irrelevant and on the brink of collapse? And more importantly, who profits from telling us this?

The answer is left as an exercise for the reader. 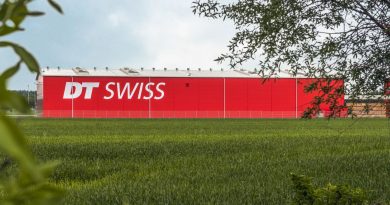