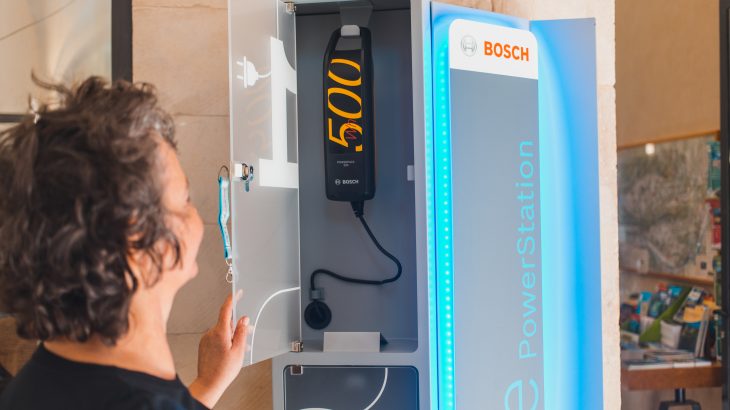 The installation of electric bike charge stations at touring hotspots across Europe is helping regions promote their tourism offering to a new demographic of cyclists.

Among those popping up, Bosch has developed lockers under the e-PowerStation banner that are capable of handing the firm’s Powerpack, Powertube and DualBattery products.

These secure electric bike charge stations are popping up wherever local tourism authorities are clocking on to the benefits of the increased footfall e-Bikes can offer. Each Power Station hosts six secure lockers which can charge simultaneously. Cyclists simply remove their battery, plug in to the units, lock the door and head off for sightseeing or refreshment.

Batteries typically charge at a rate of one bar per half an hour and about three hours for a full replenishment.

In the mountainous Vaucluse region of South Eastern France, Bosch now has 13 charging stations and 150 Fast Chargers dotted around, with many based at tourism offices who are monitoring increasing usage.

The Accueil Vélo network’s members also carry some of the brand’s charge stations, as do tourist hotspots like wine estates and museums. Tourists making the most of the extra range an electric bike offers are able to pack more in to a day and get similar levels of exercise to pedal cyclists if studies are correct.

The partnership came about as a result of the creation of a Provence by Bike initiative that was designed to boost the areas appeal to new forms of tourism.

To see a map of charge station location, head here. 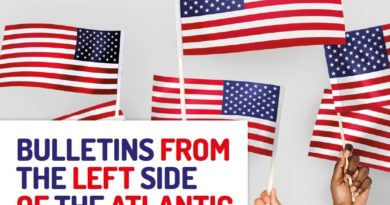 VOSPER: Bulletins from the left side of the Atlantic – ASE, advocacy and safety

24 June, 2019 Rick Vosper Comments Off on VOSPER: Bulletins from the left side of the Atlantic – ASE, advocacy and safety 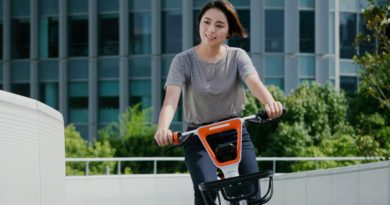 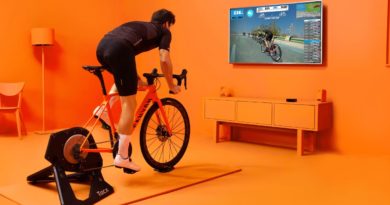