De Beauvoir and other parts of Hackney are set to become more pleasant places to live, walk and cycle after Transport for London (TfL) and the London Borough of Hackney confirmed that two traffic reduction schemes along Cycle Superhighway 1 will be implemented on a trial basis this autumn.

Cycle Superhighway 1 (CS1) was completed in April and runs largely on roads parallel to the A10 between Tottenham and the City. During the original route consultation, which was carried out in 2015, further improvements were identified to make the areas around De Beauvoir and Wordsworth Road more welcoming and address concerns of ‘rat-running’ on minor roads.

Through motor traffic at five junctions in the De Beauvoir Road area will be restricted, as will through traffic at three junctions around Wordsworth Road, in Hackney. The ability of residents to access their properties using their vehicles will be unaffected and emergency vehicles or those making deliveries or collecting refuse will still have access.

The new measures will be implemented on a trial basis for up to 18 months to allow TfL and Hackney to monitor the impact on traffic flows and carry out a further consultation with local residents to determine whether to make the closures permanent, remove the closures or extend the trial period.

In the De Beauvoir area, the following junctions will be restricted to local access only:

In response to detailed feedback in the consultation, the junction of De Beauvoir Road, Stamford Road and Englefield Road will be redesigned to allow southbound traffic to be maintained.

Around Wordsworth Road, restrictions will be put in place, again on a trial basis, at the following junctions:

In addition, TfL will look into the feasibility of installing of a zebra crossing on Wordsworth Road between Bennet Road and Prince George Road in response to suggestions made during the consultation.

Alan Bristow, TfL’s Director of Road Space Management, said: “We’ve worked closely with Hackney Council following feedback from local people in the recent consultation, and we have now developed these trial changes, which will make the De Beauvoir and Wordsworth Road areas much nicer places to live, walk and cycle. We’ll monitor the changes carefully and continue to discuss the changes with local residents. Reducing traffic in residential areas can make a real difference to the local environment and improve quality of life.”

In addition to the Hackney proposals, a further consultation was held in October 2015 with Haringey Council to restrict through traffic at Broadwater Road, Linley Road and Radley Road, with additional changes to the W4 bus service. Having considered the responses and in agreement with Haringey Council the decision was taken to not proceed with these measures.

Reports on the above consultations can be found here: 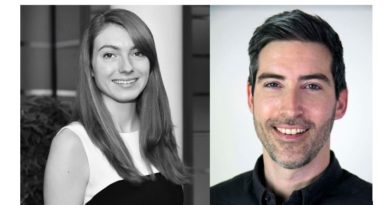