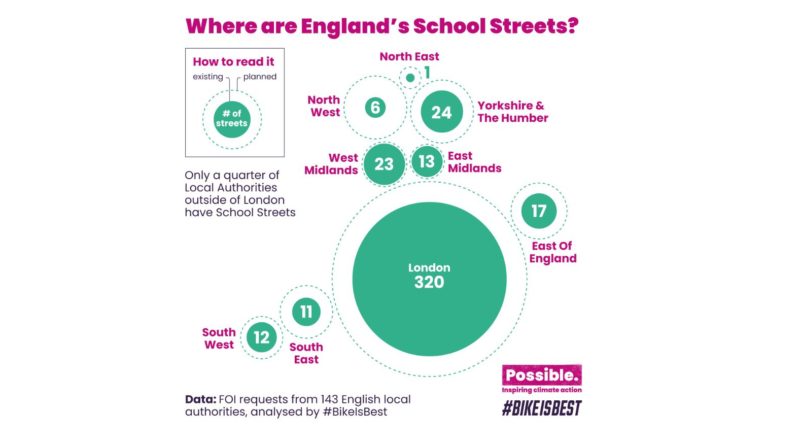 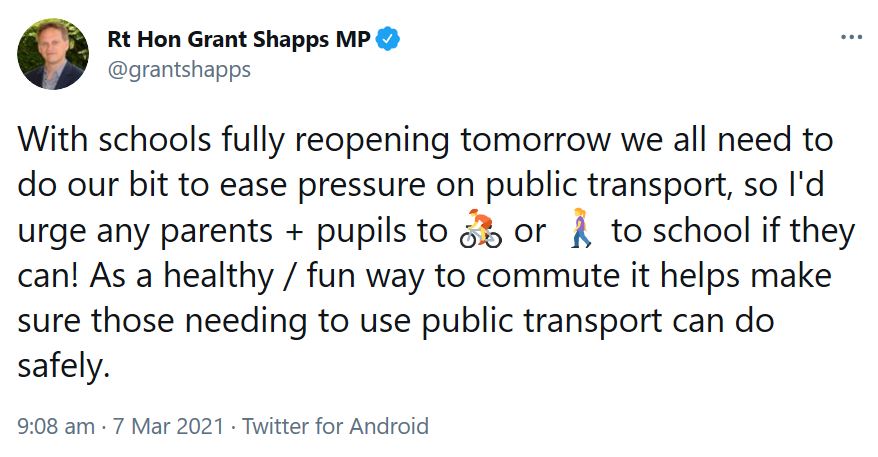 The findings quickly follow a Tweet from the Transport Minister Grant Shapps which called upon people to consider easing pressure on public transport by cycling and walking as schools return this week.

“With schools fully reopening tomorrow we all need to do our bit to ease pressure on public transport, so I’d urge any parents + pupils to cycle or walk to school if they can! As a healthy / fun way to commute it helps make sure those needing to use public transport can do safely,” wrote Shapps.

The Freedom of Information (FOI) requests put to 151 Local Authorities in England, which sought data on School Streets, has however found significant shortcomings in bringing to fruition the Minister’s modal shift.

Outside of London, there are just 107 school streets in England with only 18 Local Authorities who did not have School Streets in place confirming they had plans to introduce them in a bid to develop walk and cycle to school rates.

Cycle to school infrastructure has wide public support, with 71% of parents surveyed by YouGov on behalf of Sustrans shown to be in favour of such developments.

The data collected shows a significant imbalance in the distribution of School Streets in England. This worryingly low uptake will be of great concern to many parents and children, who want to be able to travel to school without the threat of high pollution levels and road danger. Alongside the immediate benefits that School Streets can bring, in terms of reducing pollution and danger outside of school, they can also help to shift long-term behavioural change and reduce car dependency.

Adam Tranter, Founder of #BikeIsBest said: “This new data is extremely concerning. Every day at #BikeIsBest we see the joy and convenience that cycling brings to children across the country. We know that without a safe and traffic-free environment, many kids simply won’t have the confidence to cycle. School Streets are great policy but many local authorities outside of London have missed yet another key milestone in enabling an active travel revolution to improve air quality. 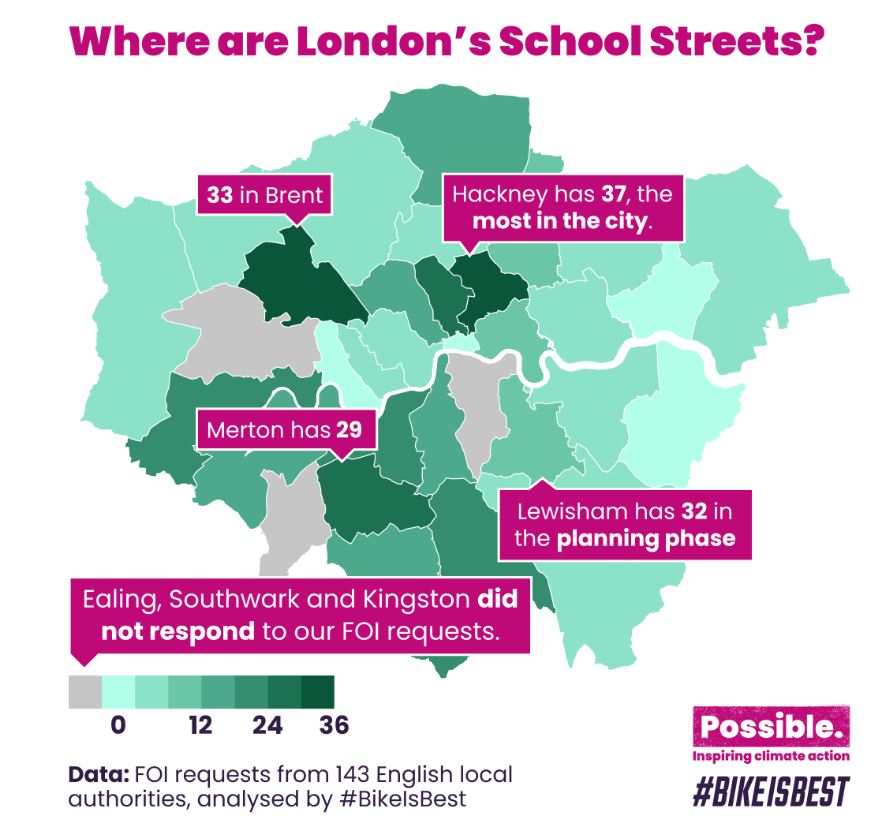 “As Schools fully re-open, many parents want to continue avoiding public transport and continue the active travel habits built in 2020. We’re at a vital moment to ensure that as many of those journeys can take place by cycling, walking or scooting. We hope that the release of this new data will encourage as many Local Authorities as possible to implement School Streets, fulfilling the grassroots demand for safer streets for our children.”

Leo Murray, director of innovation at Possible, said: “It has been fantastic to see the government champion School Streets with new funding and guidance for local authorities during the Covid crisis. They’re a fast, low cost approach to reducing traffic harms that enjoys uniquely high support across the political spectrum.

“But outside London their rollout is stalling; we need local authorities to start trialling School Streets now using the tools they have, and we need the government to give them the powers they need to use cameras to enforce them sustainably in the long term. Ministers have already promised to fix this – but what schools and local authorities need now is a clear date for when this is going to happen.” 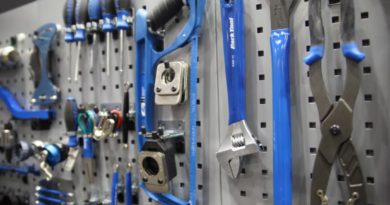 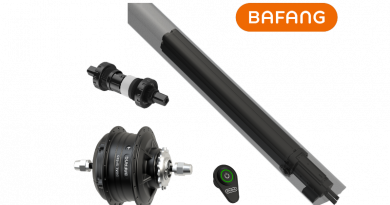 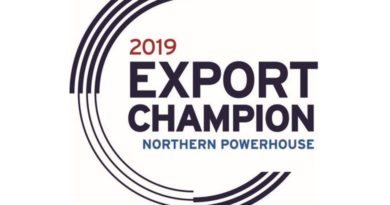