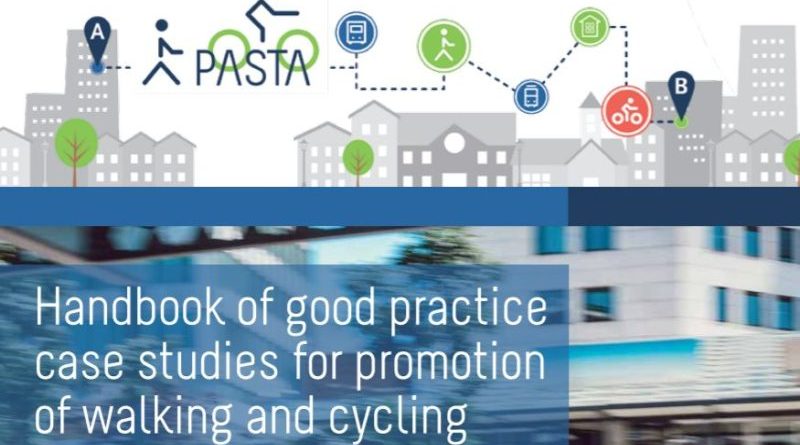 An EU-Funded active travel policy handbook has this week been published, highlighting best practice examples in Europe of where investment in walking and cycling has paid off for the host city. 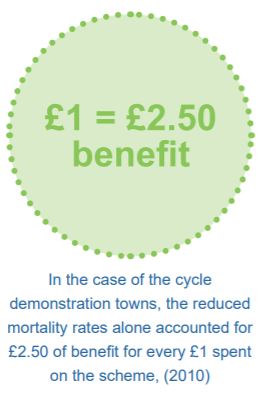 The Physical Activity through Sustainable Transport Approaches (PASTA) handbook seeks to address a number of societal problems, primarily that people are moving by themselves less and thus costing the public purse on health and transport.

Authored by Florinda Boschetti with contribution from around Europe, the UK surprisingly features a handful of times, with The Healthy Streets Approach and Walking Cities programmes in London, as well as the impact of public health specialists on transport planning assessed following successes in Bristol.

Describing the UK as particularly interesting, the author explains that public health benefits were the lead factor in research here, while on mainland Europe progress seemed to have been driven by environmental factors such as improving air and reducing private car use.

“A mind shift has occurred in recent years in the way urban and transport planners are (re-) designing roads and public spaces to better cater for pedestrians and cyclists, and limit access of motorised transport to city centres. We are witness to a slow change happening in large metropolitan, but also in medium-sized cities and towns which are implementing mobility measures designed around people by developing a new generation of sustainable urban mobility plans,” says the study, which flags Brussels closing large swatches of the city to private car traffic to create Europe’s largest pedestrianised zone as a leader in change.

Of particular interest to the bike business, the cycling referral scheme trialed in London’s Kingston-upon-Thames saw doctors referring patients for a 12-week free of charge scheme whereby they would receive training from professional cycle coaches as part of their health improvement goal.

Out of the 10 patients initially put forward, three purchased bicycles and a further one had the intention to having completed the cycling programme. The patients found health benefits were easily demonstrated with doctors noting improved mental and physical well being, as well as the ability to better manage pain.

Interestingly, this scheme was funded by the transport budget, cementing the link between active travel and health. Having seen the success, other boroughs are now said to be assessing introducing a similar scheme.

Bristol’s approach of handing NHS staff influence at local Government level through co-located posts has seen public health considerations become ingrained in transport planning. The result is a recommendation to move to 20mph speed limits where possible, as well as an educational drive to explain the relationship between active travel and health.

As a result, between 2001 and 2011 the volume of people cycling for their commute rose by 94%, while walking rates rose by 40%. Following a Local Sustainable Transport Fund initiative in 2013, it was found that as many as 26% of people surveyed had altered their travel habits as a result of efforts to promote and build for active travel.

On mainland Europe, Copenhagen’s well documented and continued investment in cycling also features. The city has been particularly pro-active, even crowd-mapping demand for cycling infrastructure.

Among the headline statistics making the PASTA profile, it is noted that while one in four trips are already made by bike, there is vast untapped potential to develop ridership over distances between 5km to 20km. The ambition now is to build 28 routes, costing between 1 and 2 billion Danish Krone, in order to further encourage longer distance cross town commutes. 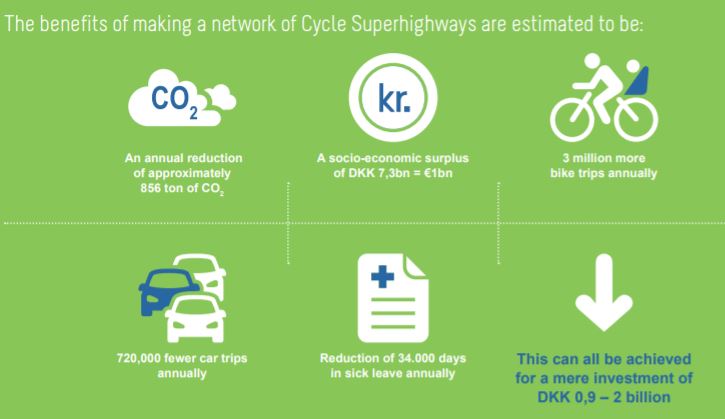 “The total investment for the first 206 km of the grid was 400 millions Danish Krone (54 million EUR). The state financed 44% of the routes up to the end of 2016. Of the total socio-economic gains on an expanded routes, 70% of the profits accrue to the state, while 30% accrue to the municipalities,” offers the PASTA document.

In the early days of the grid’s launch, an average increase of 30% more cyclists took to the newly-developed paths when compared to previous use prior to cycle-specific infrastructure. Furthermore, the number of bike commuters in the 23 municipalities involved in the investment has risen with an average of 6% since 2012, with around 467km of routes laid down between districts.

The full booklet complete with case studies is now available to download here.

Alternatively, if you’re in need of further evidence to present to your local authority, flick through our library of data on everything from improved retail trade to health benefits associated with cycling. 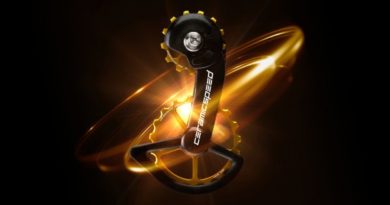 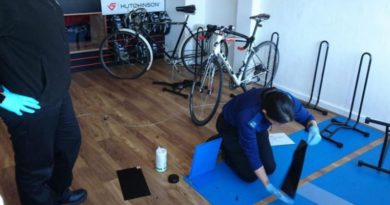 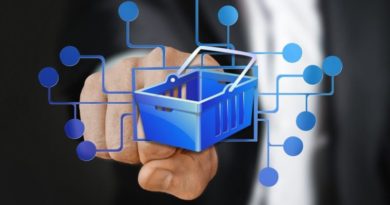