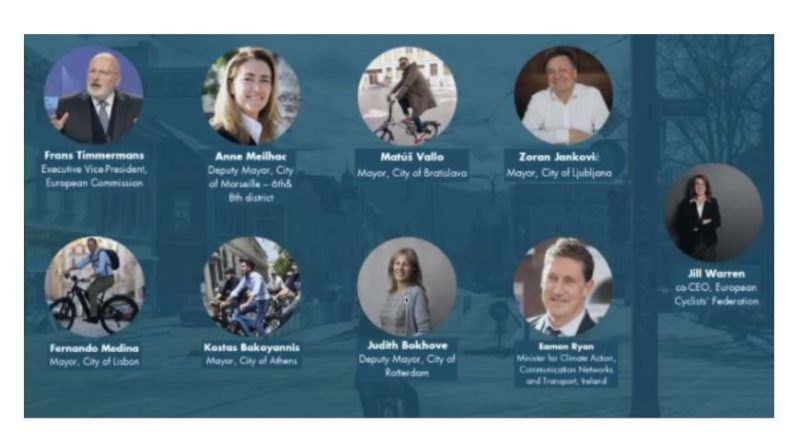 Speaking during a high-level discussion with city mayors from around Europe this morning, European Commission Vice President Frans Timmermans described safe bike lanes as a “no regret investment.”

The virtual round table, organised by the European Cyclists Federation, was put together in a bid to put on display the many opportunities and challenges facing European cities when it comes to building for a green recovery, something that the European Commission has issued a €1.8 billion fund to deliver.

Listening in and offering advice for participating mayors, Mr Timmermans commented: “People’s mentalities have been deeply influenced by the Covid-19 crisis, they now see the value of a clean city and clean air. If we don’t use this momentum to get more people on bikes and e-Bikes it will be wasted – everyone should be on a bike at some time and now it is so accessible to all generation and all economic circumstances. I encourage mayors to keep in dialogue with us. Perhaps we should think of concrete targets on how many kilometres of bike lanes need to be built – let’s have a nice target 4,000, 5,000,10,000 new kilometres for you.”

For the bike industry, securing the European Commission VP as a self-proclaimed “Champion of Cycling” is something of a breakthrough in widening the chances of securing funding and political weight for Europe-wide investment in green transport forms. Enthusiastic throughout, Mr Timmermans spoke of the Commissions recovery plans both directly and indirectly contributing to a wider effort to promote cycling. The business in Europe, aside from benefitting from investment in infrastructure, likewise my see investment in industry.

“We have announced that we will refurbish buildings, but also improve electric charging facilities alongside, not just for cars but for electric bicycles too. One issue I have is Eamon Ryan’s point on stock shortage. The reason is simple: most bike components are made in China and assembled in Europe and that’s a problem or cycling across the EU to meet this demand. A Challenge we have is to build more resilience in Europe. I’m not saying we will become protectionist, but we should be able to build our own bikes.”

Earlier Ireland’s Transport Minister Eamon Ryan, who this week issued a statement on legalisation of electric scooters in 2021, had spoken of locals being unable to get their hands on bikes due a well-documented to short supply. This was in part to a Covid-inspired push to get long-held active travel infrastructure beyond the discussion stage and in to action.

Ryan said: “Outside of Dublin there was an already ten year coastal cycle track project and it was getting nowhere. One official energetic official said in May, let’s use the pandemic to do this. They used a segment of the Road Traffic Act to get it done with the local Mayor’s help. In two months they built this incredible facility – it’ reminiscent of Venice Beach now – it’s spectacular, full of people cycling; it’s been dramatic. The message was we can change our city.

“France, do we need to build up the bike industry in Europe so we are not caught this way again,” added Ryan. We need to look at this to see how we can strengthen this industry.”

A common theme from city to city was shifting political will and the barriers put up by those vocal in opposition to proposals of change. Ireland has budget to spend, but Ryan echoed others in saying “the real challenge is the ability to actually spend it.”

“We have 10% of transport budget for cycling and 10% again for walking. I hope we can grab the space with the 360 million a year we have for active travel. The real test is can you spend it. It is one thing to have funds, but you need an official with the power to make it happen. Planning and consultation is a barrier sometimes. The whole transport system is changing. Perhaps distanced working may stay to a degree, 2-3 days a week from home could become normal practice. Those circumstances gives us chance to re-imagine how things work.”

On the subject of getting politicians onside, Mr Timmermans suggested it would be in their interest to listen to the population about concerns on decarbonisation and transport.

“The issue of cycling now is really something very topical, because of pandemic people have seen cities in a more clean and open state. The real demand is for lessening emissions. A third of emissions in cities come from transport and a lot can be achieved by decarbonisation. Cycling by definition is the best way of solving that problem. Strategic partnerships with cities across the EU will create greener and healthier cities. Investing in bike lanes is really a no regret investment. I would argue anyone in local government should understand that if they invest in this they can get more support from the population at next election.

“The other revelation we have seen is the image of people in suits cycling to work places. Those of us who are in business would be out of minds to miss an opportunity to create better conditions for cycling. Wherever I can help I will to get us to a climate neutral country by 2050,” he added.

Kostas Bakoyannis, mayor for Athens echoed the sentiment that the population is increasingly warming to the idea of change, despite some lively dialogue.

“Athens is the birthplace of democracy, so we take dialogue seriously and it’s a spirited discussion. Those of us in decision making shouldn’t fear this discussion, it shows there is enthusiasm and hope in the city. The citizens haven’t given up and remain forward looking; this should energise us.

“This is a once in a lifetime opportunity for all of us. If history teaches us one thing it is that public health crises are an opportunity for urban revival, it is a chance to build around sustainable mobility. Athens lags behind many due to the economic crises of last decade, but is now making up for it. Our strongest allies in this are the young, that’s very important. Up to the mid 20s so many are enthusiastic about the changes that are happening. To create the necessary infrastructure this is where targets and funding will help us bounce back.”

In a quick fire conclusion, each mayor was asked the single largest priority for green funding spend. The answer was unanimous – investment in bike lanes. 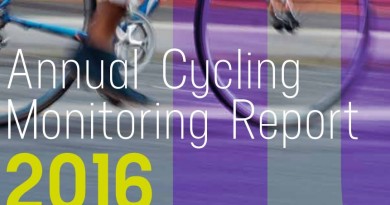 Cycling in Scotland up 46% in a decade, but distance and “the weather” keeping many off bikes

20 April, 2016 Mark Sutton Comments Off on Cycling in Scotland up 46% in a decade, but distance and “the weather” keeping many off bikes 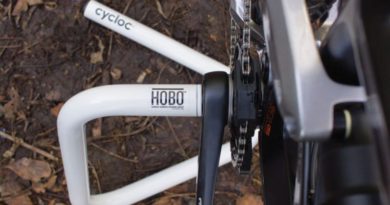 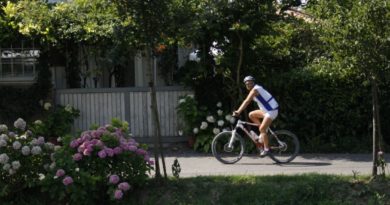