Gazelle is to launch a lease bike model in the Netherlands, starting from January 1st.

The PON-owned bicycle label follows the lead of other PON brands which have been active in leasing for the past four years and has thus far seen over 20,000 users.

The plan, according to retailtrends.nl, is to make available a variety of bikes that can be leased from only 5 Euros per month. City bikes, mountain bikes and road bicycles will be available.

New tax rules coming into force from January 1st in the Netherlands make riding a company bicycle a lot more attractive to commuters.

Gazelle is not alone in rolling out a lease bike scheme. Fietsenwinkel CEO Davy Louwers also told the Dutch retail site his fleet was ready to roll out in the new year.

CyclingIndustry.News visited the 127-year-old bike maker earlier this year, at the time witnessing one new bike being created every 30 seconds. 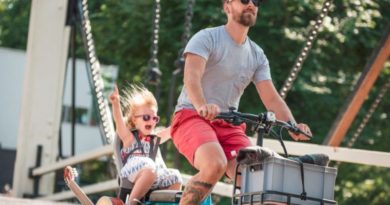 13 September, 2017 Mark Sutton Comments Off on Stile Products to distribute Tern across Canada