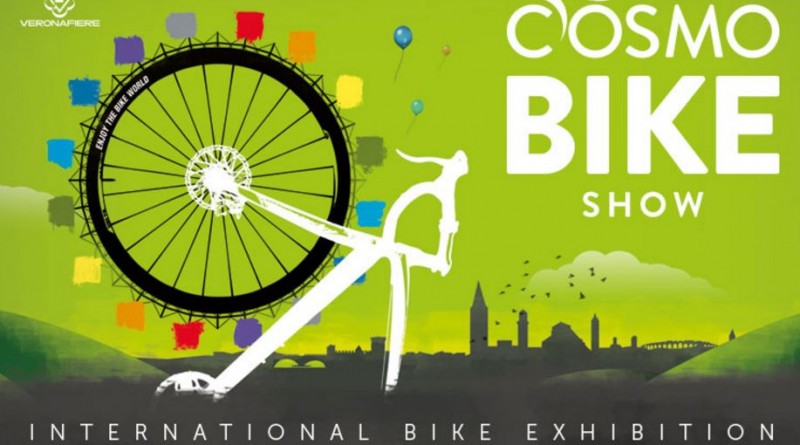 Returning September 16th to 19th, Italy’s CosmoBike show is drawing an increasing level of interest in the bike industry, with both Shimano and Bosch among the latest to confirm their attendance.

Over 300 industry businesses are thus far signed to the international trade fair, which in year one drew a crowd of over 50,000 and over 500 companies from 24 countries. Occupying four halls, totaling 43,000 square meters of exhibition space; more than 3,000 bike tests took place during the inaugural event. Test space is planned for everything from special needs bikes through to racing and electric bikes.

Leading into the exhibition on September 14th to 16th is an opportunity for industry advocates to take part in discussions on growing grassroots urban mobility. Last year over 400 participants, 70 speakers and 15 sessions were dedicated to urban cycling topics as part of CosmoBike Mobility.

“Following the interest shown by companies, public administrations and professionals during the 2015 event, we have decided to boost the event in 2016 by taking an approach towards an international dimension: covering an area of 2,000 sq.m. we will combine the show area with more strictly educational and informative aspects,” said Paolo Pinzuti, development manager at Bikenomist srl and curator of the project.

This year’s theme will be “The City of Children” – with discussion tailored to making the younger generation feel comfortable and able to move safely in rapidly evolving cities. Not convinced the industry is beginning to take note of grassroots advocacy? The 2016 event may prove that theory wrong.

“Spreading cycling culture even more widely, be it in the form of sustainable mobility or sport, is an integral part of our corporate mission,” said Eduardo Roldan, CEO of Shimano Italy Bicycle Components. “Shimano is utterly convinced of this, which is why we chose CosmoBike this year to present the best of our offering embracing road and mountain bikes, without forgetting innovations in the e-bike sector, which increasingly emerging as a fast-growing market segment.”

Having proven particularly successful at last year’s exhibition, CosmoBike intends to increase the size of its bike-tourism floorspace. The organisers quote some rather impressive numbers in justifying the expansion.

“About half a million tourists visit Italy riding a bike and often stay in one of more than twenty thousand farm holiday centres all over the country. Cycling tourism represents 31% of Italian tourist activity, with 61% foreign tourists and the remaining 39% domestic “fans”. Today, bicycle tourism in Italy covers 12% of GDP: and this kind of tourist activity is unaffected by seasons – it can be enjoyed 70% of the year and is eco-sustainable – and deserves support and investment. This is the impact of bicycle tourism in Italy, a segment that has grown in recent years to confirm the desire for “slow holidays” enjoyed along the rough tracks and bicycle routes all over Italy. It is no coincidence that Italy is one of the leading bicycle manufacturing companies (approximately 25 million/year).”

New for 2016 is a segment dubbed the “Legend” sector – an entire exhibition area dedicated to the great Italian and European cycling tradition, focusing on the companies that have written the history of bicycles, with the models, style and spirit that still inspire and attract enthusiasts and collectors all over the world.

As is the case with many other international trade exhibitions, CosmoBike will host its own awards. The Tech Awards will be handpicked and gifted to ideas, projects and products that “truly stand out in the bicycle industry in terms of creativity and originality.”

This second installment sees the new exhibitor Bosch lend its support to the Italian Green Road Award, which will focus on Italy’s bike tourism potential.

Ludovica Casellati of Viagginbici.com, director and creator of the award says: “The purpose of the Italian Green Road Award is to value the commitment of local authorities and their investments in green infrastructure. According to the World Health Organization, 1 billion invested in the cycling mobility fosters the creation of about 22,000 jobs and improves the way of life and health of those who use it. The first edition of the Award has achieved an important goal: the Umbria Region, winner of the first prize, donated money for the completion of the Spoleto – Norcia, a cycle path made from an adapted old railway, proving that you can trigger a virtuous competition between administrations to promote sustainable tourism”.

According to the Italian Exhibition and Trade Fair Association, International events generate turnover of more than 60 billion euros per year for Italian companies and are the main tool for promoting “Made in Italy” around the world. According to AEFI, taking part in exhibitions generates around 50% of global exports by Italian companies.

(Those penciled in for Interbike are unlikely to be able to make both as the dates overlap, with the Las Vegas exhibition running September 19th to 23rd, including the outdoor demo.) 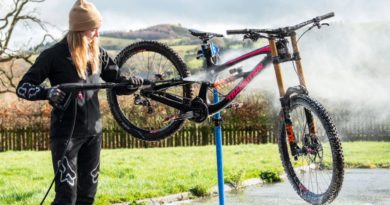 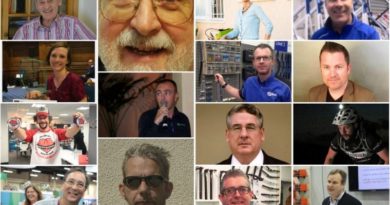 CyclingIndustry.News expands with global team of writers and researchers

20 October, 2017 Mark Sutton Comments Off on CyclingIndustry.News expands with global team of writers and researchers