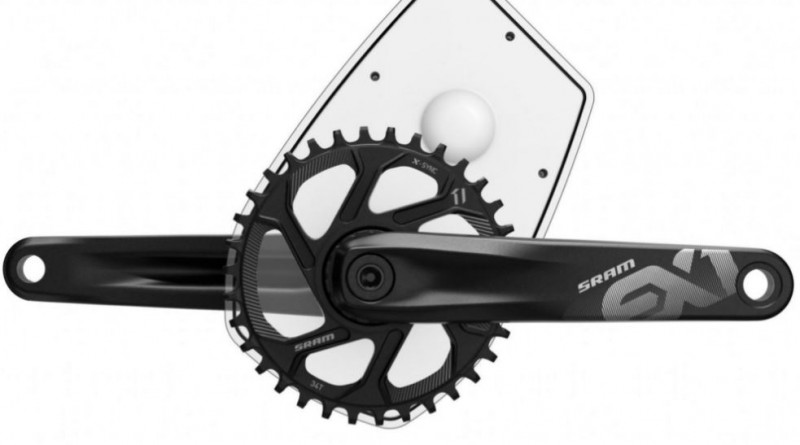 In its press communications, the drivetrain maker speaks of past design having been ill adapted to the job, prompting engineers to design specifically for motor-assisted builds.

Straining the chain and cassette in particular, SRAM has placed great emphasis on delivering longevity, range and where possible, weight saving too. As a result the cassette’s eight steel cogs span 11 to 48 tooth, with gaps of around 30% between gears. As you might expect the chain is beefed up to cope with high loads.

All things considered, SRAM hope that this means only single shifts will be required and this is reflected in the shifter design which limits the shift per action.

Chain line issues have been addressed in the design, with the cassette narrower than a standard MTB unit, something which SRAM says results in reduced wear. What’s more, the system fits a standard splined freehub.

The rear derailleur is an entirely from the ground up design, though does feature X-Horizon as on other MTB-suited mechs. Optimised for low cadence shifts, the derailleur is built to cope with heavy loads.

SRAM Guide RE brakes are suggested to pair with the transmission and will utlise the Guide R lever and a powerful four-piston caliper from the Code range. 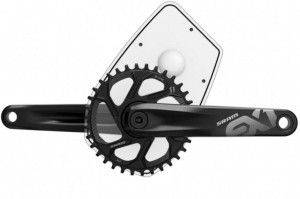 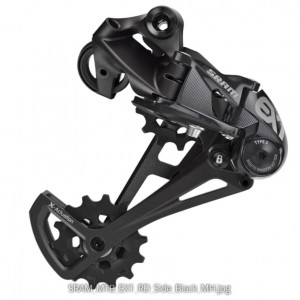 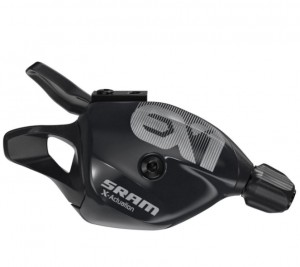 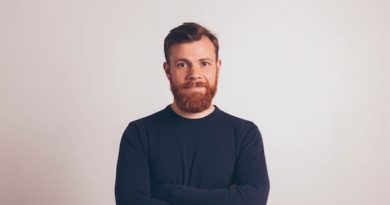 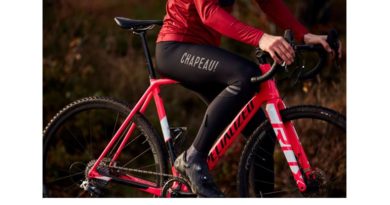