Tomorrow’s Interbike‘s annual Industry Breakfast will feature discussion on how facilities for cycling can positively effect businesses in the nearby vicinity and how industry retailers may push for change in their area.

Brian Payne, the founder of the Indianapolis Cultural Trail and President & CEO of the $725-million Central Indiana Community Foundation will be a keynote speaker on the morning of the 20th.

The Cultural Trail is a $63-million, eight-mile, beautifully designed and landscaped bicycle and pedestrian pathway that connects every significant arts, cultural, heritage, sports and entertainment venue in Indianapolis’ dynamic downtown. It was created by taking a lane of traffic from cars and dedicating it to people on foot, bikes, self-balancing scooters and wheelchairs.

“The success of the Indianapolis Cultural Trail is indisputable, as the bike business, general local business and property values have all increased since it was completed,” said Tim Blumenthal, President of PeopleForBikes. “We need retailers to attend this session to not just learn about what Brian and the city of Indianapolis did, but to come away with ideas on how similar trails or projects can be created across the country to boost local businesses and get more people on bikes.”

Retailers can expect to get the inside story on the wildly successful paved path that has connected Indianapolis’ six cultural districts, improved the city’s image, fueled tourism, added more than $1 billion to real estate values, increased bike riding, and benefited bike and hospitality businesses of all types.

Also speaking is Bob Lucey, Chairman of the Reno-Sparks Convention and Visitors Authority and the Washoe County Commissioner of District 2 in Reno, NV.

With Interbike’s 2018 move to Reno Tahoe, Commissioner Lucey will give retailers and suppliers an overview of how the city has evolved from a small gambling town to a thriving tech center and outdoor community. The area has changed tremendously in the last 10 years, and those who haven’t visited in that time frame will hear firsthand why the region was chosen as the new home for Interbike.

The Interbike Industry Breakfast will take place at the Mandalay Bay Convention Center in the South Pacific Ballroom at 7:30 am. This is a first-come, first-served event with a limited number of seats available to Interbike attendees. Only 500 guests will be admitted – attendees should plan to arrive as early as possible. 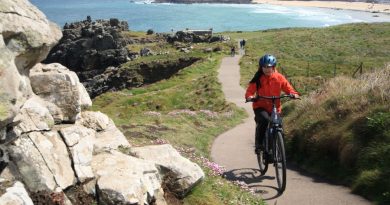 21 May, 2021 Mark Sutton Comments Off on Pan-European ‘master plan’ for cycling promotion laid out 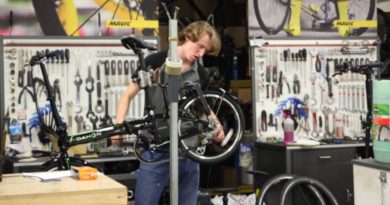 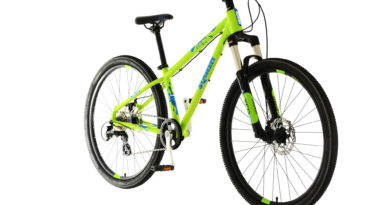