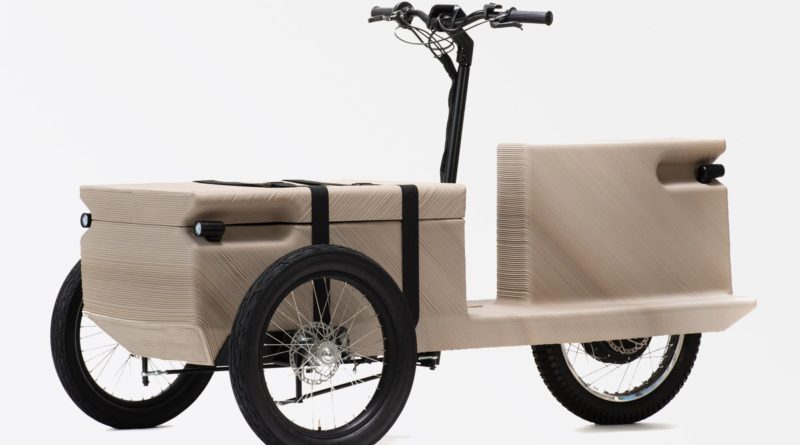 An Austrian design studio has created a 3D printed electric cargo bike made largely with recycled materials as the base ingredient of the chassis.

Apparently made with 70kg of waste material collected from supermarkets in Vienna the creators go further with their sustainability goal too. The designers have built the electric trike with a view to local production, that is they intend to have the customer print their own with a local industrial 3D printer (where available), latterly finishing the build themselves.

At the present time the design is noticeably different in that it has no pedals, nor a chain, instead pulling power from a rear wheel hub motor. That makes it a bit of an outlier in regulatory terms in its current form. UK regulations promote a means of mechanical self propulsion, unless it is type-approved and operates with a twist and go throttle; something which is increasingly uncommon. The e-trike does seem within the boundaries of a two-person carriage rule, however, much thanks to an extended seating and footplate on the chassis.

EOOS is the design studio behind the concept and typically they’re more into designing furniture. However, the first rideable model has now come thanks to a collaboration with The New Raw, a company that has history in printing street furniture destined for Amsterdam from recycled polypropylene waste.

The 100kg chassis, once 3D printed, can have a motor added in a pre-defined position, as well as the onwards speccing of wheels, lighting and other required components. The box section of the cargo bike is said to be good for two small children or the equivalent cargo.

“Because of the high labour costs in Europe, almost every bike frame is produced in Asia. But we want a local ZUV production facility in every city around the world.”

At the end of its life, the designers suggest that the bike could be shredded down and recycled again, creating a truly circular product.

“Service schemes with a designed ‘take back’ will be the future. And it’s way easier to close the loop if you do it locally rather than sending around ships full of waste as we do today, which is stupid,” he concluded when speaking with the design portal.

Recycled plastic products are becoming more commonplace in the bike world, featuring thus far in everything from mudguards and clothing, right through to the segregation blocks in some cycling infrastructure. 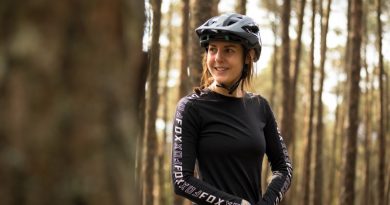 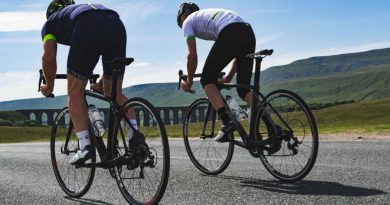 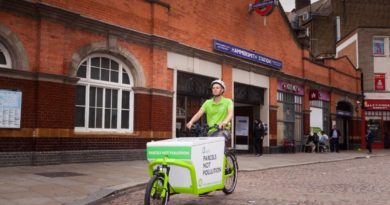