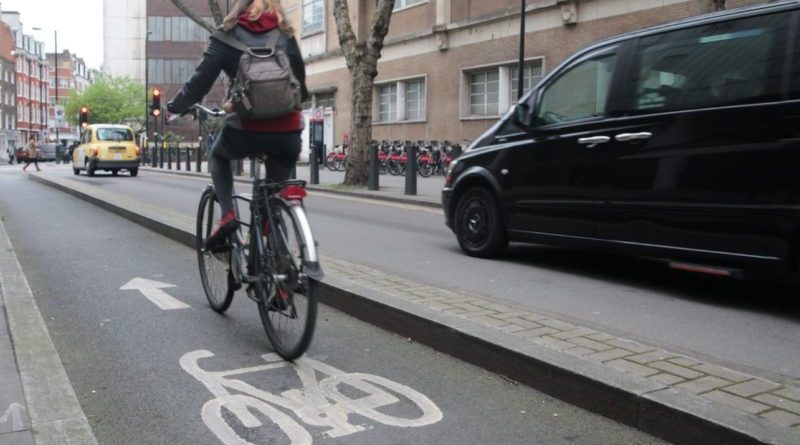 What a rollercoaster few months it has been for the bicycle business. Who knew it would take a global pandemic to kick start a bike boom not seen since the London 2012 Olympics?

Many will remember that this was primarily a road boom, which over time appears to have trickled into excitement over gravel bikes. As many retailers of the time will testify, customers often quickly realise just how frightening it can be to cycle on British roads, opting steadily to take their exercise off the tarmac and on to quieter countryside paths.

Back then what followed the heroics of the Olympics was a succession of shop openings, brand launches and general excitement for a movement toward cycling that couldn’t possibly come to a grinding halt. But then it did. The import statistics tell the story best, reaching the lowest point in over a decade during 2019.

It is safe to say, then, that nobody was really quite prepared for another bike boom, even though arguably a number of signals were beginning to flash that the bottom might be in for the bike industry. In truth, it’s been a dire few years for the trade, with record closures of independent bike shops, consolidation even in the upper echelons of bicycle retail and a sustained trend of coming togethers in the form of buyouts and mergers of businesses.

So, what signs were there that the industry might well be about to see a turnaround in its fortunes?

Certainly the pandemic was not one that could have been forecasted, but a trio of signals all pointing towards a necessary change in our transport habits have been evident for some time – public health, congestion and climate change/pollution. Cycling is an open goal for the Government and judging by very recent attitude shifts, the penny seems to have dropped that cycling is an excellent way to mobilise a population when other transport forms are inherently failing to effectively do their job. It is now the case that some simply aren’t guaranteed to be safe while the virus exists.

Here lies an opportunity of a lifetime to deliver upon the Government’s goal to “double” cycling from an albeit relatively low modal share and one that has barely moved an inch in decades, despite appearances and creative accounting. Regional growth does exist, but often only where safe lanes exist in quantity and over a large area connecting people’s homes to the inner city.

The temporary lanes laid out are therefore a wonderful opportunity to show how our urban spaces still function when space is given over to people, as opposed to cars where often only a quarter of the road space occupied is utilised by the driver. 66% of all journeys made in Britain are under five miles, a distanced cycled in comfort in between 20 to 30 minutes. Under the right conditions change of behaviours is achievable; if only a fraction got the ball rolling it would quickly create better conditions for all. Think of cars as marbles in the city funnel and those taking to active transport means as sand – more of the latter means a greater flow for everyone.

These are all demonstrable facts that should lead to some careful thought on how our transport ecosystem operates. Uptake of the lanes thus far has been astounding, but it isn’t a given that this will sustain as traffic begins to return at the pace it is. While some may become permanent, these lanes are badged as temporary. It won’t take too much lobbying weight to have them removed, so it’s time to track the benefits.

They’re very regional too. Liverpool made headlines, as did London, for its efforts, but out in the towns there is very little in the way of local news reporting on road space being handed over despite greater volumes cycling. Reporting on the current bike boom has focused on just a few regions and, interestingly, the potential of e-Bikes.

As the old saying goes, build it and they will come. It’s proven time and again the world over. Safe cycling infrastructure even brings economic benefits which are so direly needed at the present time. There has never been such an obvious opportunity for local authorities to trial reallocation of road priority. The demand is at a high, traffic is lowered, the Government is keen to disperse crowds on public transport – everything lines up for wider trials and heavier lobbying on the part of the bicycle industry to retain such progress if proven progressive.

Now is also the time to keep tabs on how effective each is on tackling the aforementioned health, congestion and pollution issues. The only comparable instance of street emptying in favour of people over motor vehicles to date are events such as the London Marathon and RideLondon – both shown to drastically cut inner city pollution.

A quite startling stat has emerged from data kept by the NHS in recent days: A&E admissions are at their lowest since records began. Likely that is due to the ongoing advice on keeping out of harms way and to stay home, but it does illustrate too that cycling is not as dangerous as some would have you believe. Spikes of around 300% in cycling uptake have been noted around the country for those keeping count, while simultaneously the NHS data offers:

A separate signal that was arguably flashing red for the bicycle industry to take note of stemmed from the financial markets.

Prior to the emergence of Covid-19, numerous analysts were forecasting an imminent crash, we were overdue in the eyes of many and certainly when mapped against historic cycles.

The almost total shutdown of every level of the chain from retail through to manufacturing would be enough during the best of times to stress markets. Amplified by the lockdown, the knock on effect is now predicted to rival the Great Depression, with numerous world economies already in recession ahead of what are likely to be much worse datasets for Q2 and Q3.

Fortunately for the bicycle business, cycling often has done well during times where purse strings are tighter, much thanks to its cost and benefits ratio against motoring. No petrol, insurance, emissions taxes, a possibility to swap a gym membership for commuting by bike – what’s not to like?

Is it a given, then, that this bike boom will sustain? Not if the bicycle industry refuses to learn lessons from the past.

While the blame isn’t to be laid squarely at the feet of the bicycle industry for the tail off of our last significant uptick in trade, our lobbying effort at the time was weak. The industry had, in general, failed to look beyond a single sector and to forecast for the years ahead. Our marketing and indeed catalogue representation drilled down to target one demographic – male road cyclists.

Thankfully, our lobbying to Government has improved. The BAGB, among others, are to be credited for putting some important discussions on the table in recent years.

The early signs of this bike boom demonstrate the blue ocean of customer creation that could be had with a sustained campaign on safe cycling conditions. With the rapid emergence of electric bikes that thankfully are broader in their scope, the cycle trade has an extra string to its bow to attract more women to cycling, older age groups will find it easier going, mountain bikers that had become exhausted can now do so with fresh legs and feel ten years younger. Disabilities are better catered for, opening up a new age of mobility for a long overlooked sector. As shown in the Google Trends data above, a surge in searches for e-Bikes has outpaced other terms.

But it’s all meaningless without one thing. Something that was overlooked as a key to transitioning road cyclists to every day cyclists before now and that to this day has proven to be the only effective way to helping our trade tap in to a direly needed new customer.

Safe lanes cost in the region of only £1.45 million per kilometre. It is, in the context of road spend and indeed the overwhelming cost to benefit ratio, about the single most beneficial move Governments and local authorities could make to benefit the economy and tick so many boxes. Economic benefit is the language spoken by politicians, despite the arguably more pressing issues of reversing climate change, pressure on the health service and addressing the cost of congestion (tallied at 1%+ of GDP).

It is here that the bicycle industry must not let history repeat with this bike boom. We must track the benefits of this unique window in time on all fronts. If we don’t it may well be as brief as the last. 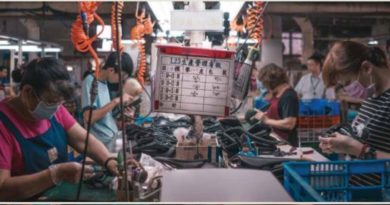 Focus: Taichung as a trendsetter for the bike industry?

12 December, 2018 Hayley Everett Comments Off on Focus: Taichung as a trendsetter for the bike industry? 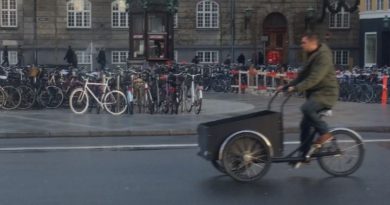