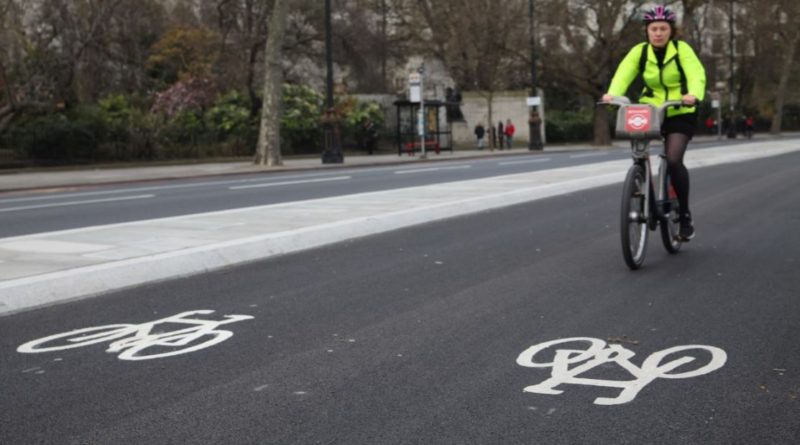 Doing the rounds this morning I spotted a cheery headline to begin your week with; Traffic congestion cost UK motorists more than £30 billion in 2016.

New data from INRIX, a specialist in analysing global traffic, now places the UK as the 4th most congested country in the developed world and 3rd in Europe. Londoners suffer almost twice as much as anywhere else in the UK, with traffic estimated to cost £1,911 per citizen in 2016 and more than £6 billion across the capital as a whole.

Drivers on average spend 32 hours a year during peak hours congestion, costing £968 each. On the most congested road, the A406 Northbound from Chiswick Roundabout to Hanger Lane, drivers spend 73 hours (three days) a year in traffic.

With experts dubbing air pollution “undoubtedly worse than reported” and Governments losing court battles over safe legal limits, reducing motor vehicle use in cities has become a significant headache for most city authorities. Europe-wide, congestion costs 1% of the entire GDP.

Of the 628 European cities analysed by INRIX, Moscow topped the list as the most congested in Europe, where drivers spent 91 hours last year in traffic congestion at peak hours. Drivers in Moscow spent over 25% of their total drive time (peak and non-peak hours) in congestion. London (73 hours) is second in the list of Europe’s most congested cities, followed by Paris (65 hours), Istanbul, (59 hours) with Krasnodar (56 hours) in Russia rounding out the top five. Manchester, the UK’s second most congested city ranked 18th. 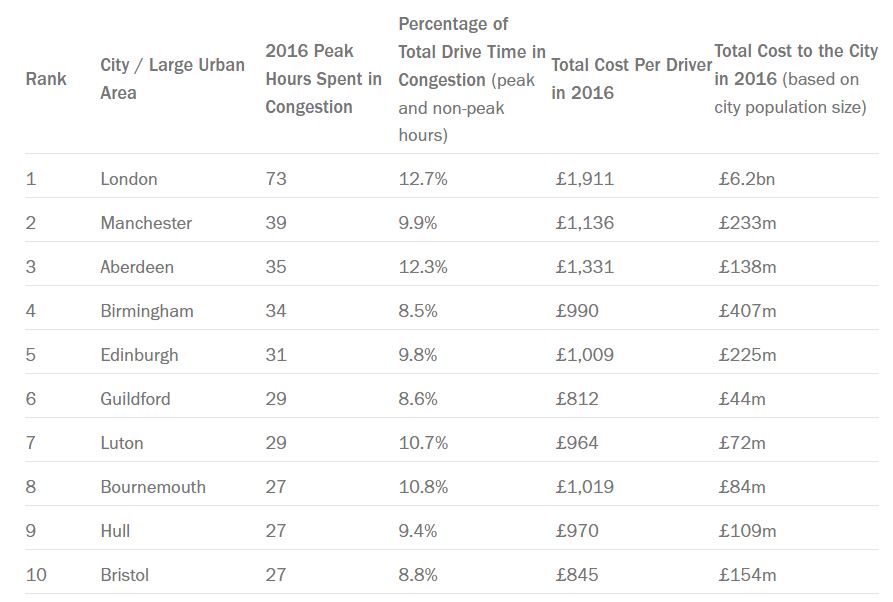 economy remaining stable, fuel prices staying low and employment growing to an 11-year high, all of which incentivizes road travel and helped increase congestion as the 2016 Traffic Scorecard demonstrates,” said Graham Cookson, Chief Economist, INRIX. “The cost of this congestion is staggering, stripping the economy of billions, impacting businesses and costing consumers dearly. To tackle this problem, we must consider bold options such as remote working, wider use of road user charging and investment in big data to create more effective and intelligent transportation systems.”

All of the above is gradually happening, though many cities fall short of making meaningful changes that could be described as bold. London’s Mayor, albeit putting up similar resistance to taking cycling seriously, is well aware of the need to reduce the volume private motor traffic. From October 23rd, the 14th anniversary of the Congestion Charge, the most polluting vehicles will face an additional £10 charge to enter the city. With tube strikes not decreasing in regularity and each coinciding with huge spikes in cycle hire, it should be obvious which mode of transport is offering the city the best cost to benefit ratios. According the a study by the ECF, cycling’s economic contribution sits at €1,000 a head, every year, across the 28 member states.

Meanwhile, electric cars are touted as a solution to alleviate some of the issues, associated with motor traffic. Yet a new ECF report shows that despite tremendous support for electric cars (1.4 billion euros spent in Germany until 2014), the payback is rather low (only 25 500 electric cars are rolling on German streets).

Time and again, where catered for with safe cycling infrastructure, the old adage build it and they will come bears fruit. For the first time in 2016 the London Cycle Hire topped 10 million hires of 11,500 bikes in a year.

The potential to substantially grow that figure may be largely unrealised. The scheme tails off south of the river. Though we have now confirmed that electric bikes won’t form part of the capital’s hire scheme plans in the short term, TfL’s reasoning is primarily down to making such schemes cost effective. E-bike tech is gradually coming down in price and is substantially most cost effective over a long period than it has ever been thanks to advances in motor and battery technology. At some point the logic of using an Oyster card to truly open up the potential of multi-modal travel has to be realised. London’s cycle planners would do well to tune into the ECF’s best practice platform.

Globally, it is thought that bike share will “double by 2025“. The bike
industry at large doesn’t see this as 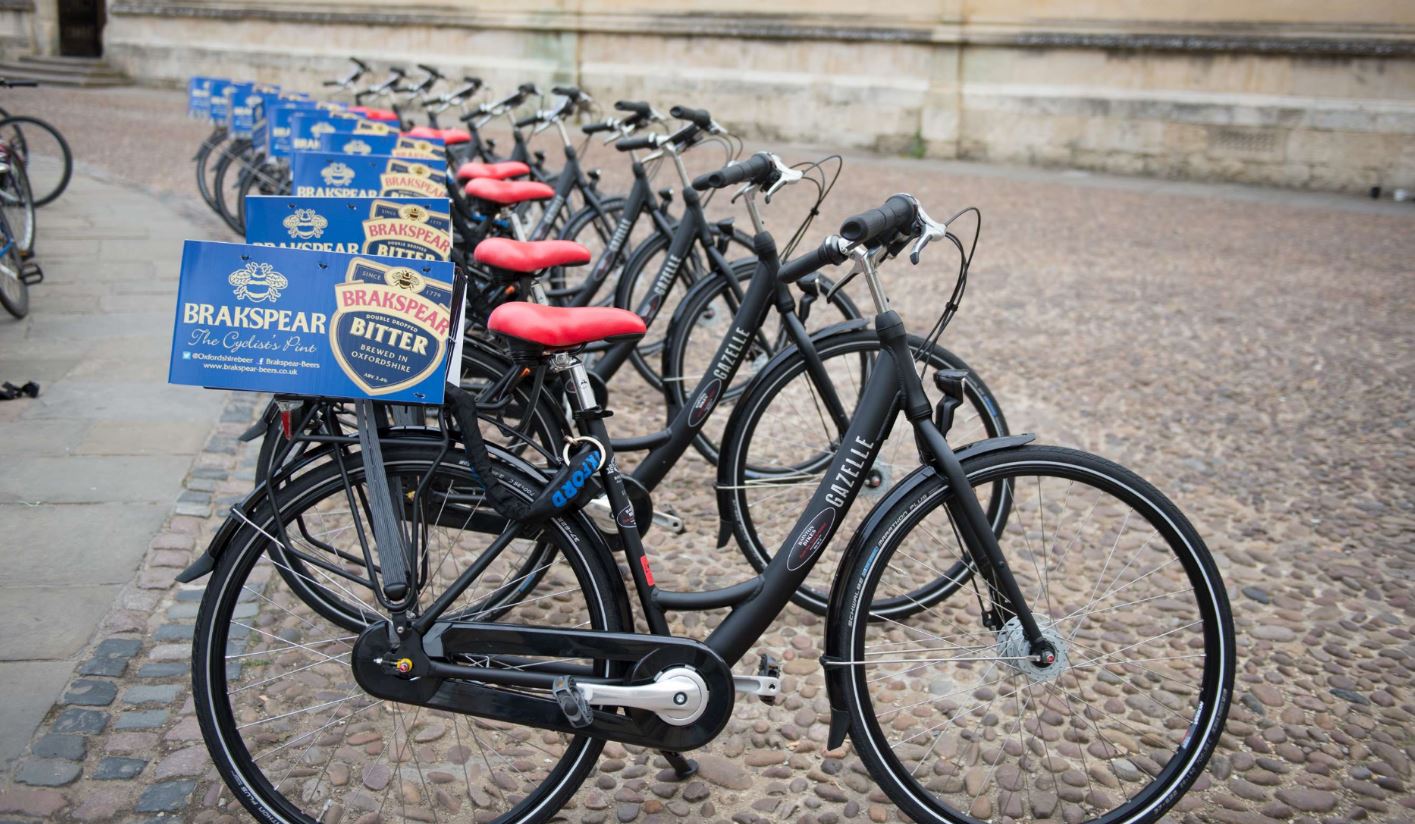 a threat to business either. Those using bike share are convertible to customers. In fact some shops are overtaking local hire schemes with plans of their own. Bainton Bikes, profiled here previously, has turned to a European manufacturer to create its own hire fleet, soon to be found in Oxford, Cheltenham, Tetbury, Cirencester, Moreton-in Marsh, Kingham, Kemble and WhichFord.

Indeed, the proliferation of electric bikes in hire fleets around the world satisfies the electric bike industry’s dire need to get bums on saddles. The lack of demo events, while accelerating now, has long been a sticking point that has kept sell through in store at a trickle. By all accounts, that trend is now changing and fast. You have to experience the “e-bike smile” to understand the potential.

Hire fleets aside, lobbying in Europe has seen subsidy schemes extend beyond electric cars and into promoting electric bikes. In Oslo you can now earn a whopping €1,200 toward an electric cargo bike to assist with utility journeys. Over on the mainland, France is offering a year’s worth of €200 grants to those buying into e-bikes.

In the U.S., Americans are warming to cycling. A Princeton Survey Research dataset has demonstrated that the majority of demographics are behind an increased federal spend for cycling infrastructure. 58% want to see more spend on cycling and walking infrastructure, though at present just 2% of the federal funding is allocated. The Dutch too are lobbying for tax breaks.

Where progress on safe infrastructure has been made the results speak for themselves. In New York, cycling levels have surged 80% in five years on the back of a 75% increase in bicycle lanes since 2005. In the last five years the on street bike network has grown by nearly 300 miles in length, though just 45 miles of that is currently protected.

When it comes to modal share, progress can further be seen largely in correlation with investment. In Helsinki investment in bike infrastructure has been shown to deliver an eight fold return on investment paired with increases in cycling. Singapore’s drive to up active travel has seen laws passed to ensure that property developers build in bike parking into each new development. In Atlanta, walking and cycling has been given priority status and allocated a $1 billion spend. Leipzig in Germany has hit its 20% modal share for cycling ambition four years in advance with sustained investment.

Progress may often feel like it takes an age to achieve, but green shoots are emerging around the globe when it comes to shifts in modal share. We in the bike industry have a part to play in lobbying Government and Local Authorities, but the case for cycling grows stronger by the day and the resistance to change is diminishing in the face of the challenges faced in dense urban areas.

Cities are increasingly akin to egg timers; you can only push so many people through a space in a given time and the longer that funnel takes to empty, the less time we all have to enjoy the space around us. The cycling industry, if it invests wisely in luring people away from the perceived convenience of the private car, stands to be one of the main beneficiaries of illustrating the cyclist as a grain of sand against a backdrop of much larger objects fighting for the same space.

Building a case for cycling in your area? Check in with our Cycling Advocacy Resource – a free to use library of data and research making a concrete case for investment. 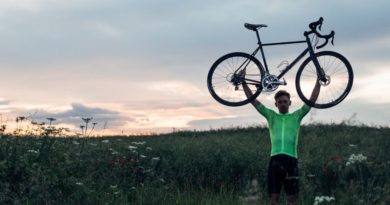 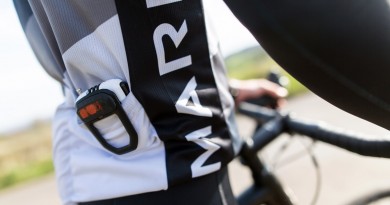 3 May, 2016 Mark Sutton Comments Off on Hiplok FLX light and lock combo is small enough for the jersey pocket